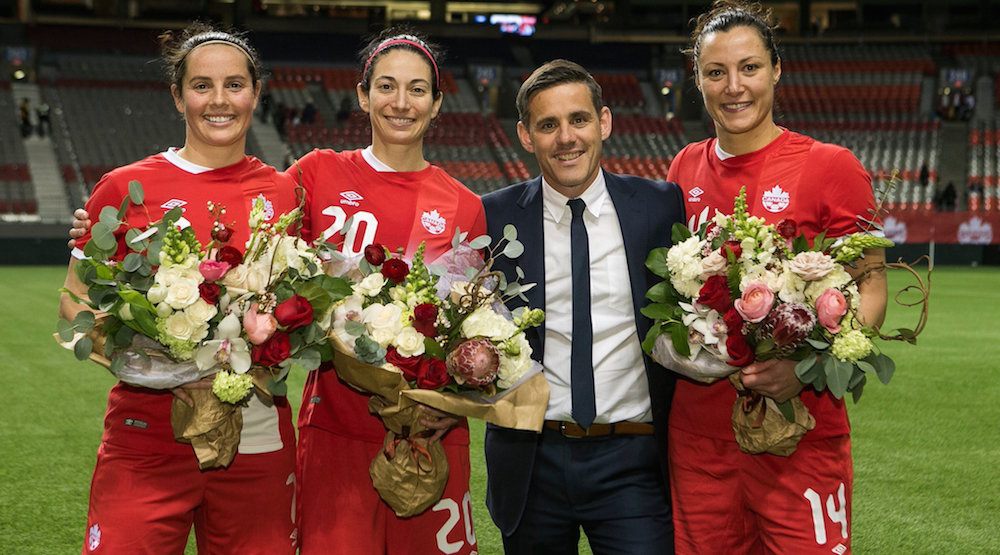 Hat’s off to Canada Soccer for the match they put on in Vancouver over the weekend.

They took a friendly against Mexico – a team they should beat with ease – and turned it into a compelling event. Attendance was incredible, with 22,508 fans (a new record for a women’s international friendly in Vancouver) cheering on Canada to a 3-2 victory over Mexico.

On a day where Canada celebrated their Olympic bronze medal and the careers of three retiring players, it was the future that took centre stage during the match. Canada got two goals from 22-year-old Janine Beckie, and one from 17-year-old Deanne Rose.

Rhian Wilkinson, Melissa Tancredi, and Marie-Eve Nault all played their final game with the national team, receiving a send-off that most players don’t get.

“To get to play at home one last time, it’s very, very special,” said Wilkinson. “It’s been a difficult week, but we’ve kept our emotions in check. We know this is a big day for Marie-Eve, Melissa, and I, but it is also for our families, who have put us first for a long time and to be recognized for their contributions to our career.”

The retiring players were joined by their families on the pitch at the conclusion of the match and were given an emotional send-off from head coach John Herdman.

“It’s so important to end this at home for me,” said Tancredi. “To be able to give this crowd a win at BC Place in front of our family and friends is really special, and to end it on the pitch with Sincy (Christine Sinclair) was amazing as well.”

“It was a whirlwind of emotion, I didn’t expect to play 90 (minutes), but I ended up playing 90, and I wanted to do it for the team, surrounded by the best teammates in the world,” Marie-Eve Nault said.

All three retiring players were a part of the 2012 and 2016 Olympic teams that won bronze. Wilkinson first played for the national team in 2003, while Tancredi and Nault made their debuts in 2004.

The best way to send these three players off though, is with a video recap, narrated by captivating voice of their head coach. Enjoy: