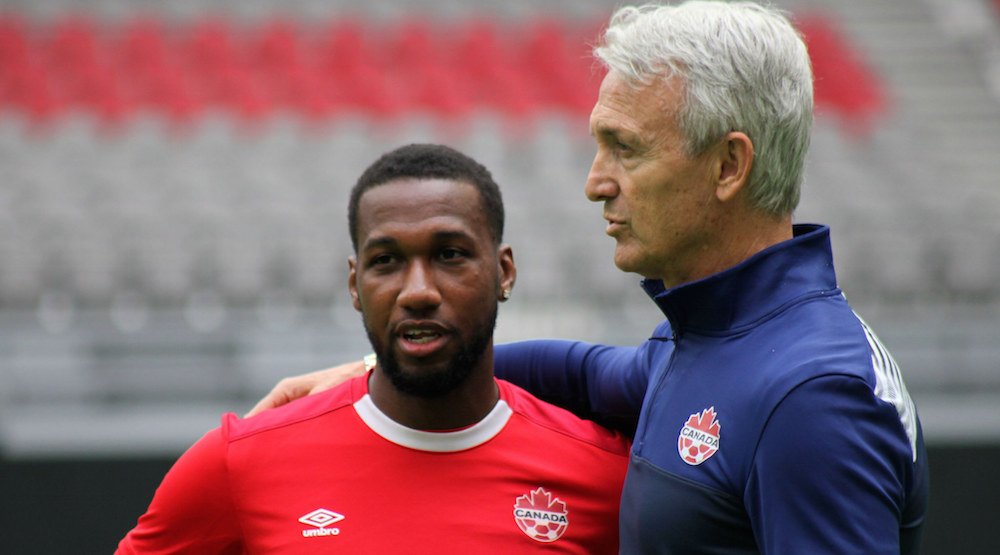 Canada’s men’s national soccer team plays their final game of the third round of World Cup qualifying tonight at BC Place. In order to advance to the final round of qualifying, they’ll need a miracle.

Too strong? Maybe, maybe not.

Canada enters tonight’s match against El Salvador sitting in third place in their group. Mexico has first place wrapped up, while Honduras is sitting in second. El Salvador is in fourth.

The top two teams will advance, so Canada is going to need some help.

A win against El Salvador coupled with a Honduras loss to Mexico tonight would put Canada and Honduras in a tie for second place. Unless Canada and Mexico combine for a lot of goals tonight, Honduras will win the first tiebreaker, which is goal differential.

Heading into tonight’s matches, Canada sits at -5, while Honduras is at 0. Should both teams tie in goal differential, the next tiebreaker is goals for, which Honduras also holds a significant advantage in (6-2). Should Canada score a bushelful of goals and tie Honduras in points, goals differential and goals for, Canada would advance based on away goals between the two teams.

There are scenarios where Canada could advance though. Here are the most likely of the unlikely scenarios:

These scenarios aren’t likely, but not impossible either. Mexico beat Honduras 4-1 in World Cup qualifying in 2009. If they were to duplicate that feat, Canada would need to win by three. Canada beat #166-ranked Belize and #173-ranked Dominica by scores of 3-0 and 4-0 respectively last year in the second round of qualifying. They also beat Cuba 3-0 in 2012 (ranked 146th at that time), in the third round of qualifying.

So it’s not out of the question, although El Salvador, ranked 137th, is better than those teams.

Canada will need to feed off the energy of the home crowd and attack tonight.

“The crowd has been a big boost and I believe that the fans will be our rock to reach the Hex on Tuesday,” said Canada’s head coach, Benito Floro. “It’s in our hands, if we can push through and reach the Hex we will be that much closer to Russia 2018.”

Canada and El Salvador last played to a 0-0 draw in San Salvador. They know they will have to play a much more open style this evening.

“We just have to go and push for it,” said Atiba Hutchinson, Canada’s captain for Tuesday night. “We have to make sure we are composed and come out flying. We have to have a very good start and just be very dominant.”

El Salvador has been mathematically eliminated from advancing, so they have nothing to play for this evening, except for national pride. As we learned yesterday, they could have played for money from a mystery man as well, but they chose to decline that.

BREAKING. El Salvador players just ended a presser. They played a recording of a man that offered them money to beat Canada or lose by 1

According to the man on the recording,the offer to EL Salvador players was:$30 per min played for a win.$20/min for a tie,$15 for a 1-0 loss

One thing is for certain: if Canada is to advance, they will do so in a highly entertaining fashion.