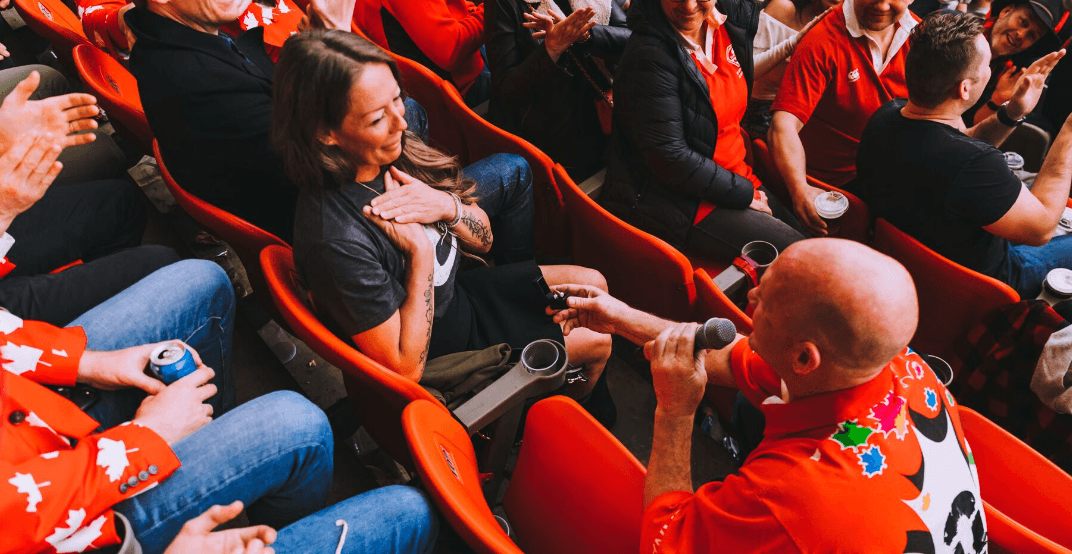 John Graf understands pressure. As a BC Sports Hall of Famer and a core member of Team Canada for three Rugby World Cups (and a pair of World Cup Sevens Tournaments), he’s gone toe to toe against some of the most physically imposing athletes on the planet.

But Graf faced a different kind of pressure this Saturday at the Canada Sevens. Under the ruse of a live halftime interview with host Casey Jo Loos on BC Place Stadium’s big screen, a conversation about Team Canada’s development took a turn for the dramatic as he dropped to one knee to propose to his partner, Anna.

The realization of what was happening dawned slowly on the crowd, who responded with a growing crescendo of noise, erupting in a congratulatory roar the moment she said yes!

“Anna and I have been together for well over 10 years and have two kids together that are almost two and six years old,” explained Graf, after the event. 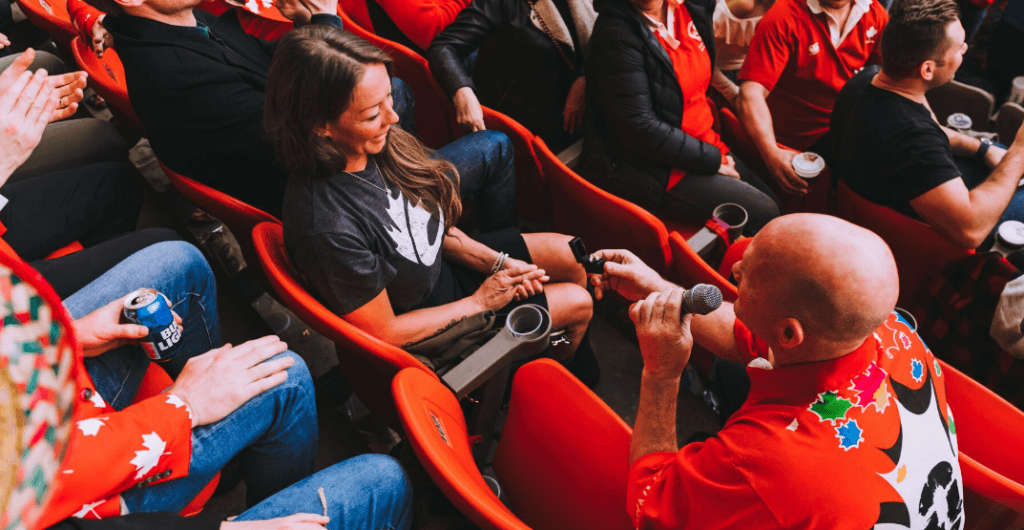 “She said to me a while ago that if I was ever going to get my act together and ask her to marry me it better be something big. Well, I can do something big! Watching the tournament last year a light bulb went on for me. I can’t walk a hundred feet in BC Place during the Sevens without running into old friends or family, so I thought what a perfect place to do it. I contacted the tournament organizers a few weeks ago and made it happen.” 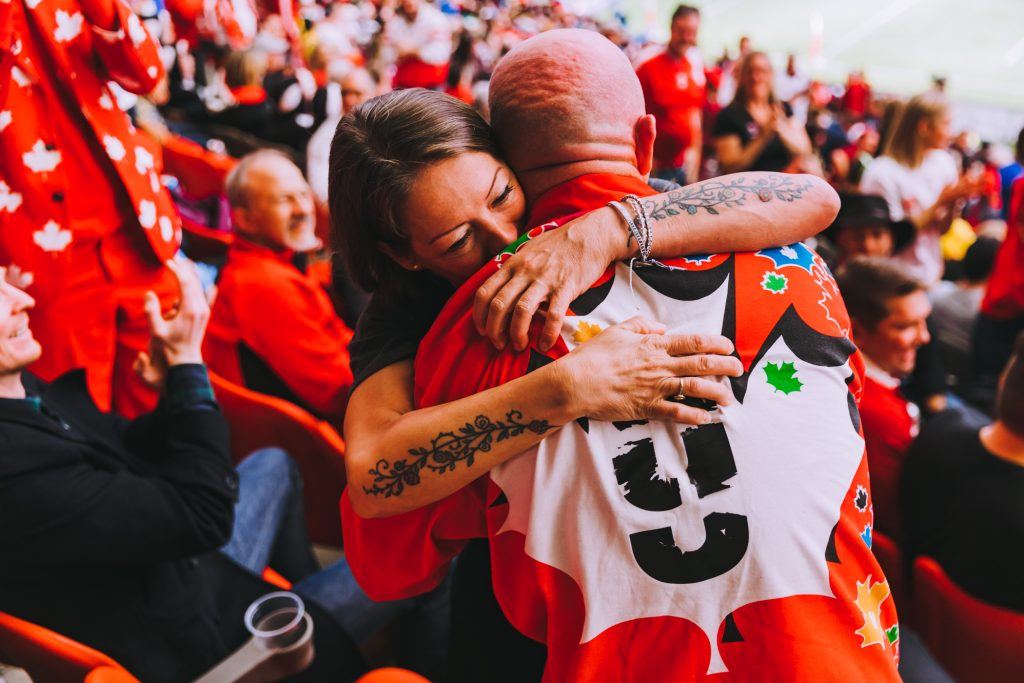 Rugby players need confidence to compete at an international level. Even so, attempting a conversion through the goalposts of love in front of 40,000 fans would be a high-pressure play for anyone.

“It was a bit surreal,” he admitted.

“The moment has been unfolding for a few weeks and I had lost a little sleep over it so it was nice to have it finally happening. In my career playing for Canada, I played in a lot of stadiums like BC Place so I wouldn’t say I was nervous – it was more excitement that I was actually getting to do it. Especially when I saw the look on Anna’s face.” 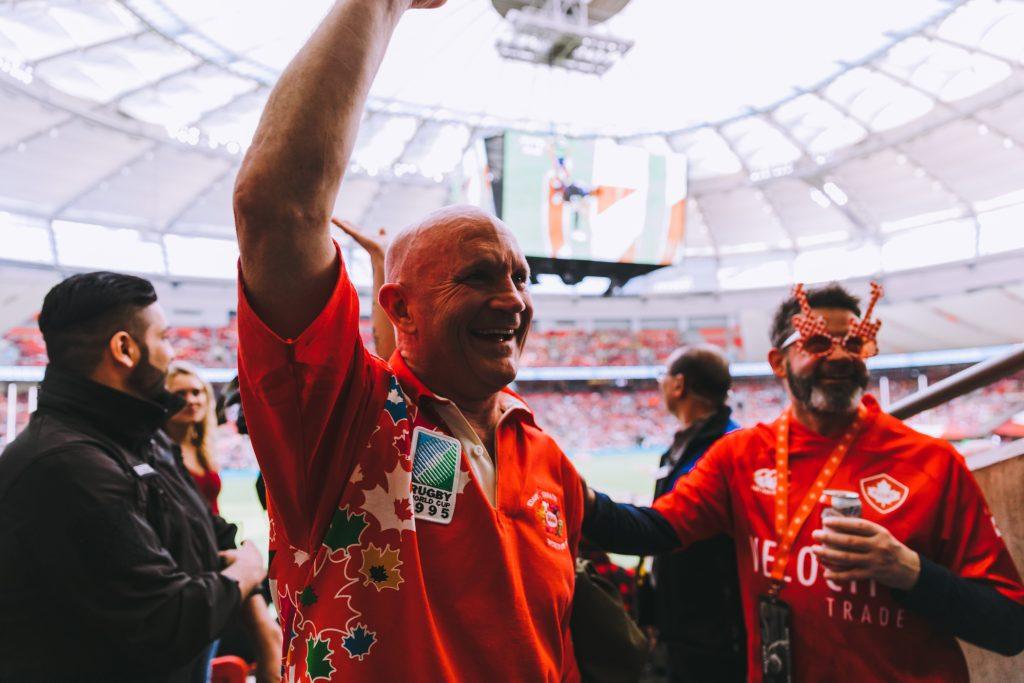