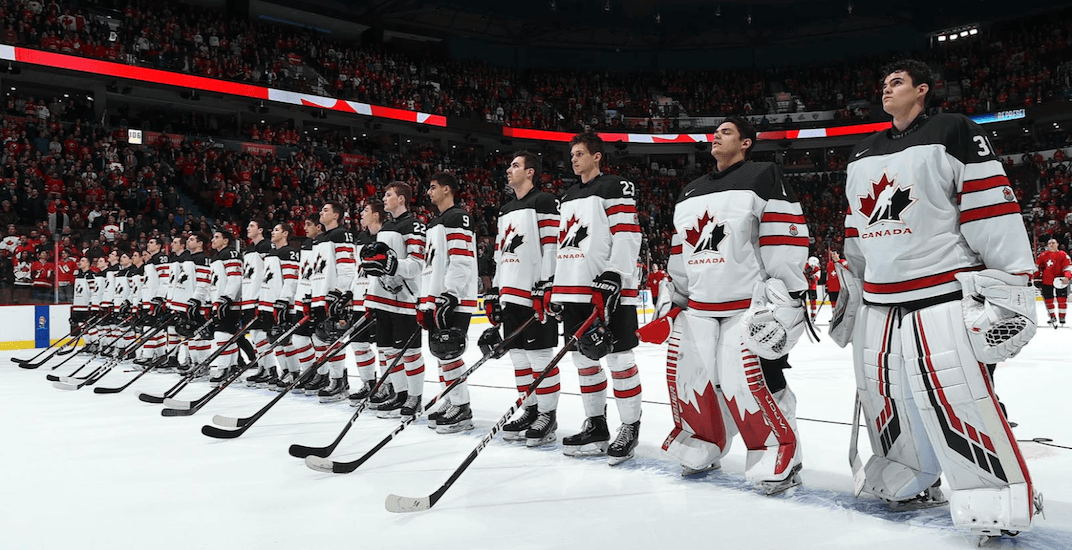 Ever since the 1972 Summit Series, there’s always a little bit extra on the line when Canada plays Russia in international hockey. So if there’s one game hockey fans have circled on their calendars for the IIHF World Junior Championship this year, it’s Canada-Russia on New Year’s Eve.

The stakes should be high too, as the winner of the game is expected to take top spot in Group A, paving an easier path to the gold medal game.

So put on your Team Canada jersey and paint a maple leaf on your face, because Daily Hive has a pair of lower bowl tickets to the big game up for grabs!

To enter to win a pair of lower bowl tickets to see Canada vs. Russia on December 31 at 5 pm at Rogers Arena in Vancouver, do at least one of the following:

Contest entries will be accepted from the time and date of publishing until 11:59 pm on December 30, 2018. One winner will be chosen at random and contacted through the platform they used to enter.