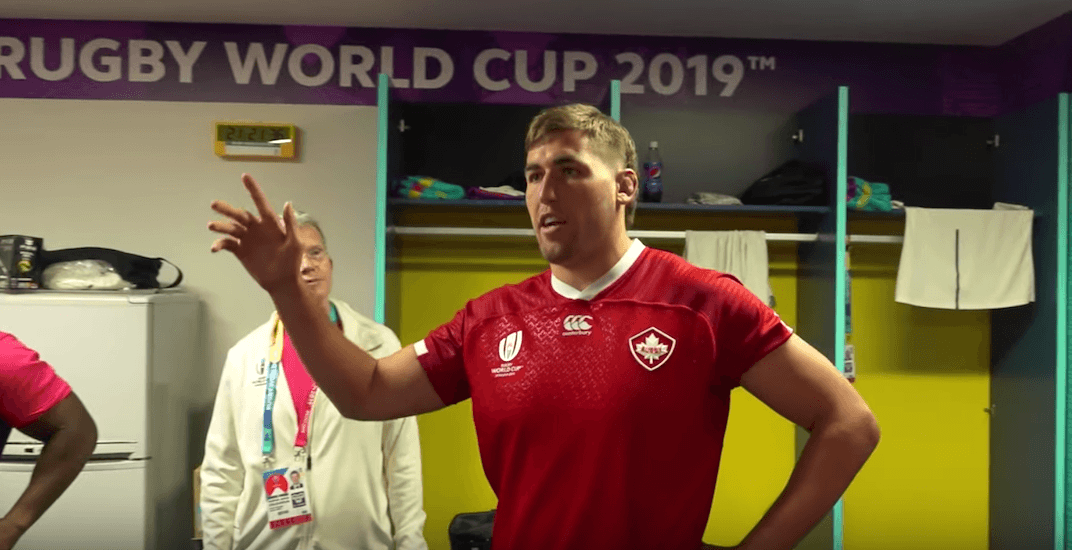 So perhaps it should come as no surprise that Canada’s Josh Larsen was the personification of class following Tuesday’s match at the Rugby World Cup in Japan.

After losing 66-7, the 25-year-old from Nanaimo, BC entered the South African locker room to apologize for his red card. Larsen was ejected from the match in the 36th minute for an illegal shoulder charge on Thomas du Toit.

The South Africans responded by applauding, handing him a beer, and singing a song.

You’ve got to love rugby players.