The rest of the world is just discovering what we always knew – Canada has the world’s best reputation.

The Reputation Institute tracks the public perception in a number of different industries, including world nations, and revealed Wednesday morning that Canada stands at the top of the most admired countries in the world and has the best reputation.

The study looks at a number of criteria, including:

The research also measures behaviours toward each country, such as if one would live, work, visit or study there.

Canada received a score of 78.1, putting it in the lead ahead of Norway, Sweden, Switzerland and Australia. The United States did not make the top 20 and was ranked number 22 out of 55 developed nations.

In individual criteria scores, Canada ranked the best for having an appealing environment, being a beautiful country and having friendly and welcoming people. Canada was also the only North American nation to make the top 20, a list heavily dominated by European Union countries.

Canada has ranked number one for four out of the last six years, and was number two in 2014 and 2010 when we were dethroned by Switzerland and Sweden respectively.

Top 20 Most Admired Countries in the World 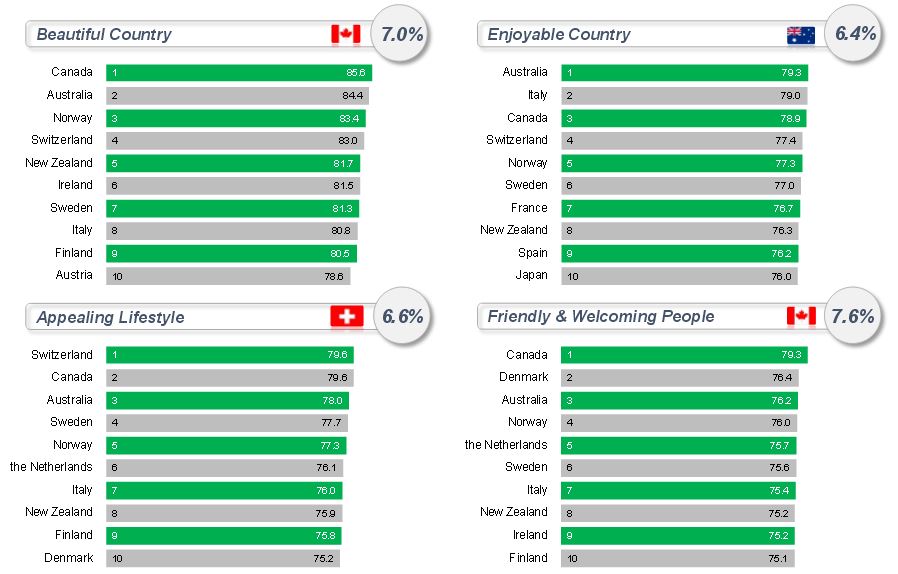 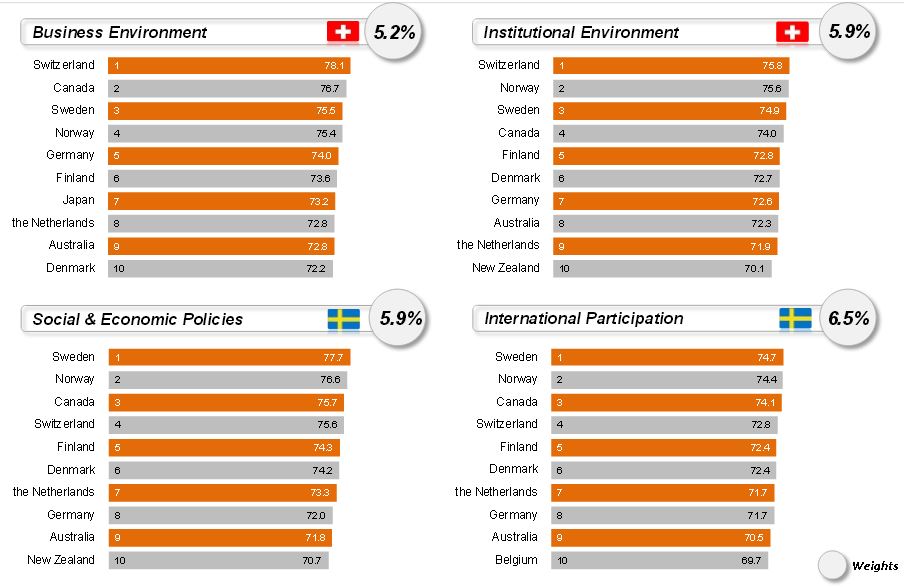 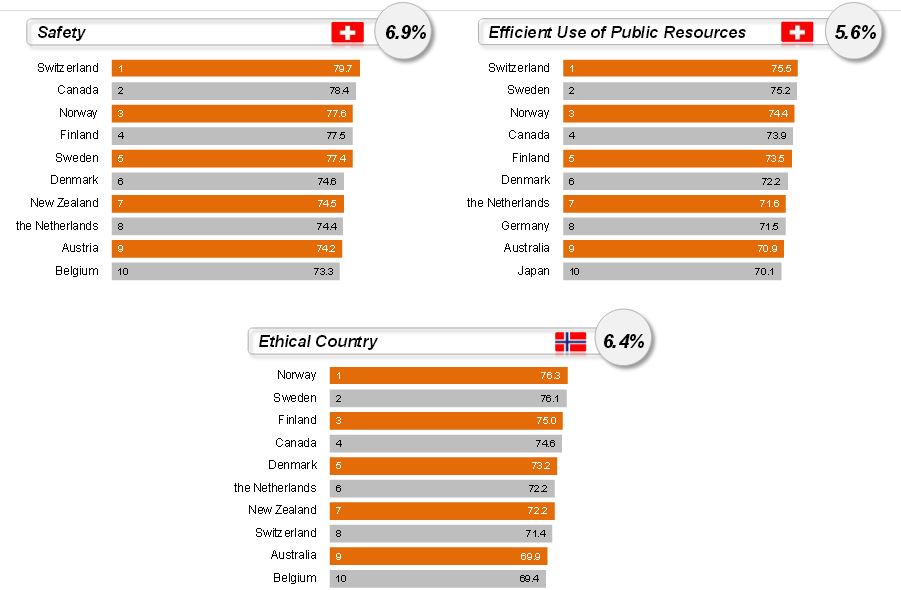 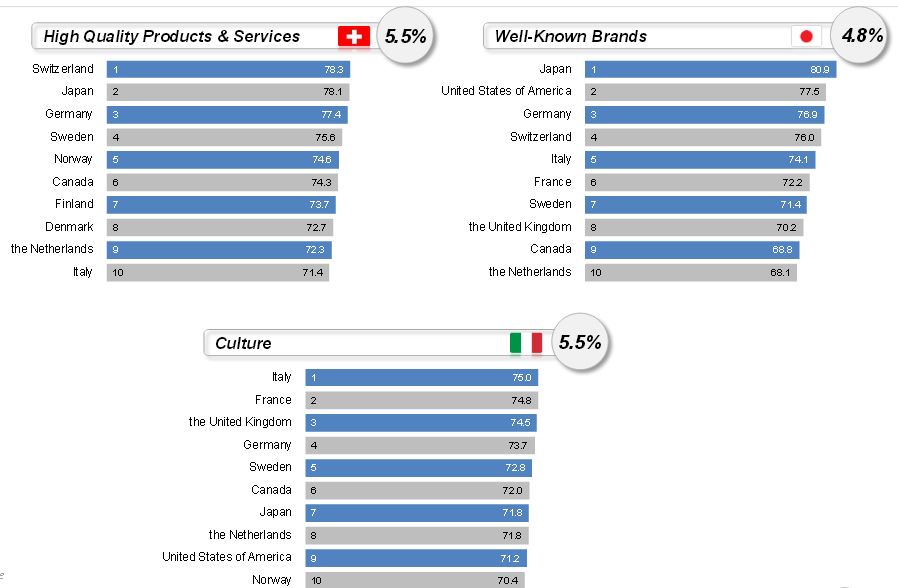 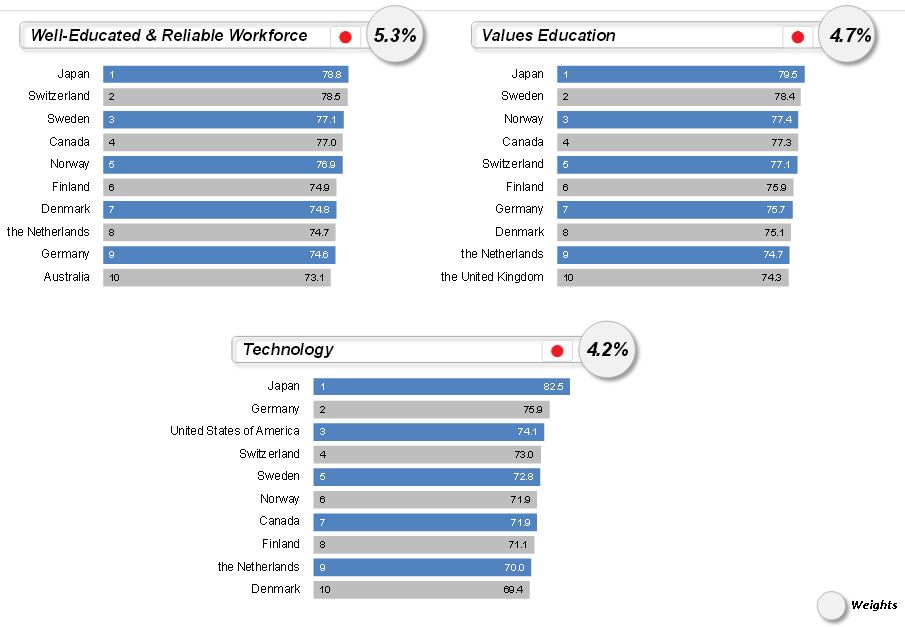 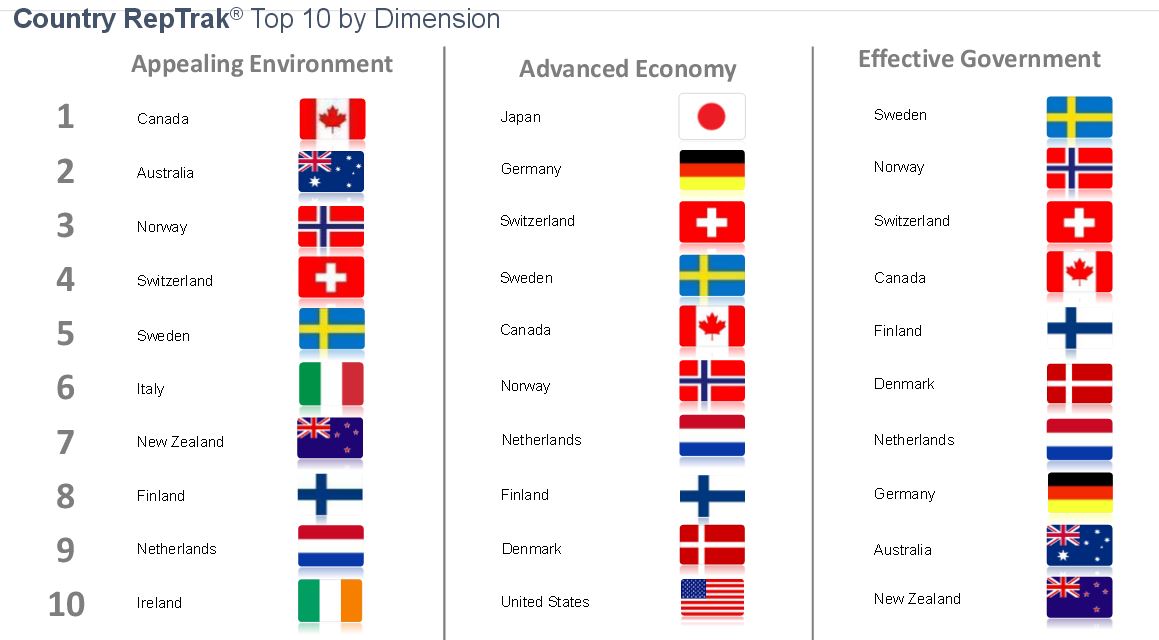