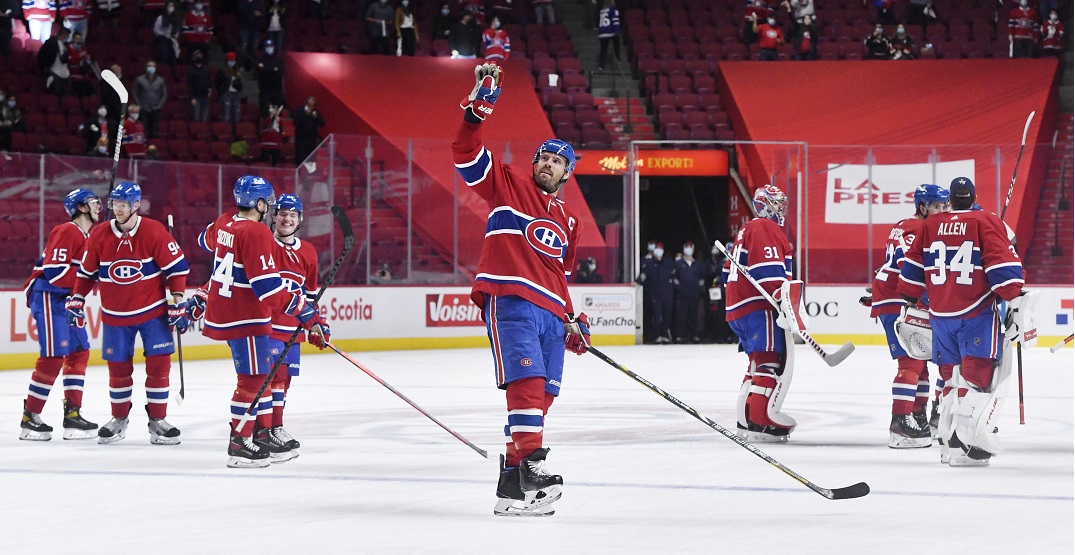 It seems like Canadian hockey fans have at least one less thing to worry about during this year’s NHL playoffs.

CBC’s David Cochrane is reporting that starting in the third round of this year’s postseason, the federal government will allow whichever Canadian NHL team remains and their American opponent to travel back and forth across the border without having to quarantine between games.

SCOOP: The federal government has approved a travel exemption for the final two rounds of the Stanley Cup playoffs that would allow NHL teams to cross the Canada-US border without having to quarantine.#nhl #StanleyCup #StanleyCupPlayoffs

There were rumours that the team that advances from the NHL’s all-Canadian North Division would be forced to play their home games at an American rink, but it appears that reality has been squashed.

Whether it’s the Montreal Canadiens or the Winnipeg Jets who make it through to the next round, they will be the first Canadian NHL team to play an American opponent in the US since March of 2020.

The Canadiens are currently up 2-0 in the best-of-seven series, with Game 3 set to get underway Sunday night in Montreal.

No Canadian team has won the Stanley Cup since 1993, when Montreal pulled it off with a win over Wayne Gretzky’s Los Angeles Kings.

Canadian teams (one berth each from Calgary, Edmonton, Ottawa and Vancouver) have gone 0-4 in the Stanley Cup Finals since, with Ottawa’s 11-win miracle run in 2017 being the furthest a Canadian team has advanced since 2011.

Despite COVID-19 vaccinations (at least the first dose) being available to all NHL players, all players and on-site staff are still subject to daily testing. More details on the full plan are expected to officially be announced soon.

The move could also trigger a domino effect for teams like the Toronto Raptors and Toronto Blue Jays as well as Canada’s three MLS teams, who have both spent this past season playing an entirely American-based schedule.