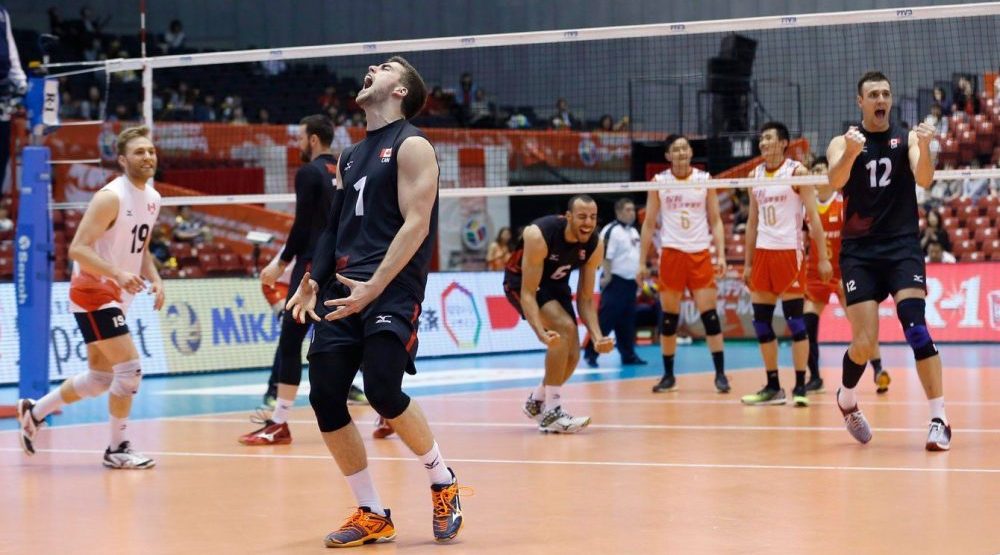 For the first since 1992, Canada’s men’s national volleyball team will participate in the Olympic volleyball tournament.

Canada secured the last spot in their last-chance Olympic qualifying tournament in Japan on the last day of competition. Starting the day in fifth place behind Australia, Canada needed to move into fourth in order to qualify. In order to do that, they would need to win their last game against China and hope for help from Poland against the Aussies.

Then the Canadians had to sit and wait nervously for the result between Poland and Australia. Poland had already clinched a spot in the Olympics and sat many of their starters. Fortunately for Canada, Poland’s bench was still able to dust off Australia in three sets (25-21, 25-15, 27-25), clinching a spot in Rio 2016 for Canada.

It was a bumpy #roadtorio, but after a 24 year absence, #TeamCanada's men's volleyball team will play in the Olympic Games!! 👊👏👊👏👊👏 #pride