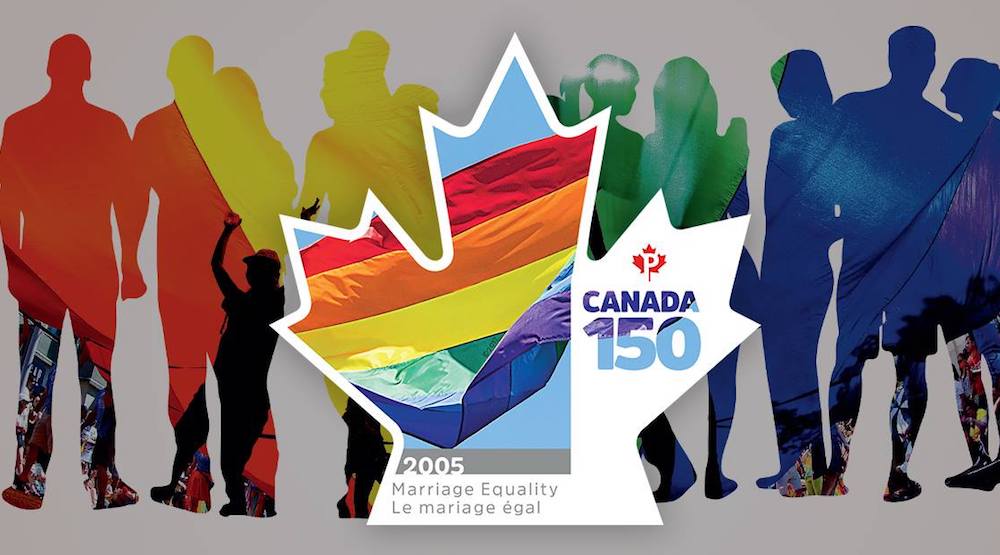 The stamp, which is one of 10 that is being produced to honour iconic moments in Canada’s history, was unveiled in Toronto on Tuesday.

Our 4th #Canada150 stamp commemorates the 2005 passage of the Civil Marriage Act, which made marriage equality the law throughout Canada. pic.twitter.com/915AE8ETqF

The maple leaf-shaped stamp features an image of the rainbow flag with the words “Marriage Equality” and the date “2005” emblazoned across it.

That date marks the passage of the Civil Marriage Act, a milestone which made marriage equality the law throughout Canada,

The stamp alongside the rest of the set celebrating Canada’s 150th anniversary, will be available for purchase from June 1.