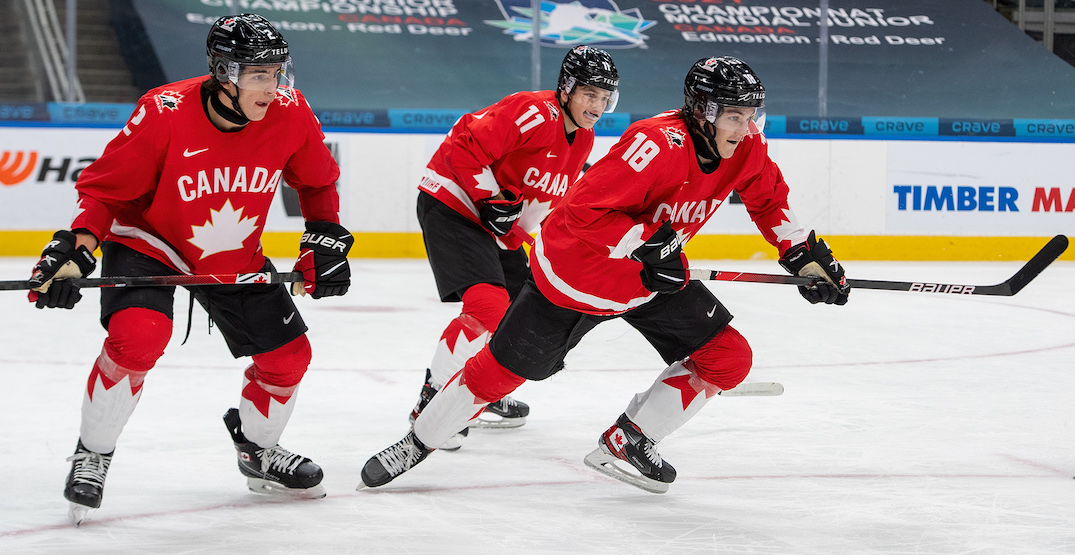 The quest for gold continues for Canada’s World Junior hockey team when they battle Russia in a semi-final game today (6 pm ET/3 pm PT on TSN).

Team Canada has been dominant in this tournament with a goal differential of 20-2 over just four games and are the top seed in Group B. Canada will be led by Dylan Cozens who has seven goals and six assists.

In the net, Devon Levi will stay as the starter. Levi owns the best save percentage in the entire tournament (.947) and has been a steady hand manning the twine for the team.

Opposite Levi will be Yaroslav Askarov, the No. 11 pick in the 2020 NHL Draft. Askarov owns a .918 save percentage for the tournament and stopped 23 shots in a pre-tournament game against Canada back on Dec 23 in which Canada won 1-0.

This game is a rematch of last year’s gold medal game, which saw Canada defeat Russia 4-3 in the Czech Republic to capture the gold.

Three members of that Russian team – captain Vasili Podkolzin, Maxim Groshev and Askarov — are on this year’s edition of the team and will be looking to exact some revenge for that finals loss.

It is unclear if Canadian forward Alex Newhook will be available for the game as he has been dealing with an upper-body injury for the past couple of games.

He has been practising with the team and is considered a game-time decision by Team Canada head coach Andre Tourigny.

The winner of this game will play the winner of Finland-USA in tomorrow’s gold medal game at 9:30 pm ET/ 6:30 pm PT on TSN.