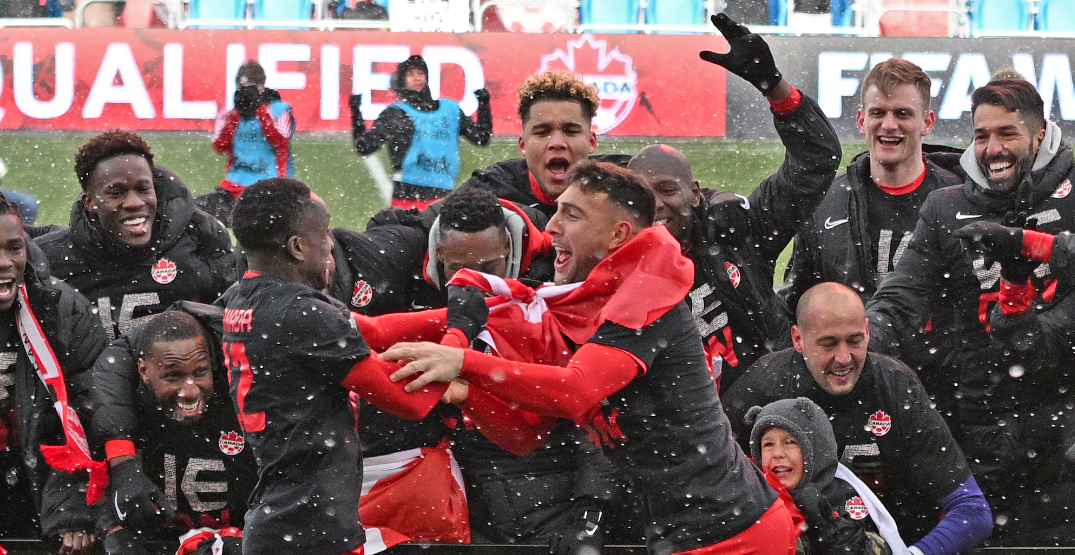 First, Canada clinched an appearance at the World Cup.

And now Canada knows both its opponents and its dates for soccer’s biggest tournament.

Canada will play in Group F at the World Cup, with matches against Belgium, Morocco, and Croatia, it was revealed in Friday’s draw.

Belgium is ranked No. 2, and lost to Russia in the semi-final four years ago. Croatia is ranked 16th in the world and were a surprise World Cup finalist in 2018. Morocco, ranked 24th, didn’t win a match four years ago.

The World Cup begins on November 21 and concludes December 18.

Canada draws Belgium in its opening match on Wednesday, November 23 at 2 pm ET/11 am PT.

Canada will conclude the group stage on Thursday, December 1 against Morocco at 10 am ET/7 am PT.

Times for Group F matches are to be determined.

Canada, ranked No. 38, finished World Cup qualifying in first place in CONCACAF region, punching its ticket to the World Cup for the first time since 1986.

Group A: Qatar vs. Ecuador
Group A: Senegal vs. Netherlands
Group B: England vs. Iran
Group B: United States vs. Wales or Scotland / Ukraine

Group A: Qatar vs. Senegal
Group A: Netherlands vs. Ecuador
Group B: England vs. United States
Group B: Wales or Scotland / Ukraine vs. Iran

Group A: Netherlands vs. Qatar
Group A: Ecuador vs. Senegal
Group B: Wales or Scotland / Ukraine vs. England
Group B: Iran vs. United States