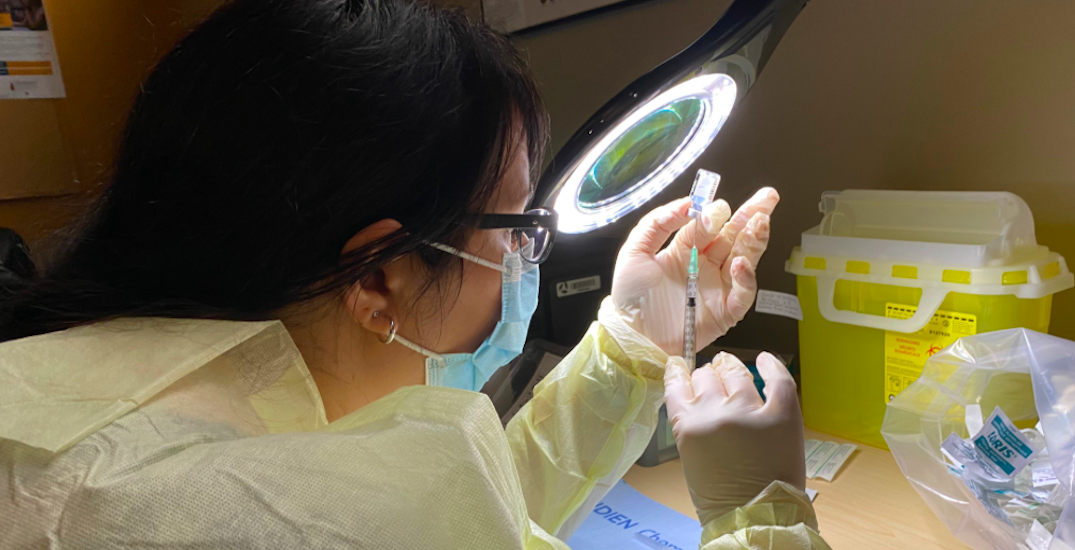 Canada will not be receiving any of Pfizer’s COVID-19 vaccine next week.

On Tuesday, Canadian health officials announced the news with Procurement Minister Anita Anand, saying she was “disappointed” and that she was on the phone over the weekend speaking to Pfizer on the matter.

Major General Dany Fortin, who’s co-ordinating the COVID-19 vaccine rollout, said Canada’s shipments of the vaccine would be cut by nearly one-fifth this week and then go down to zero next week.

He said last week, Canada expected to get half the total number of doses originally anticipated over the next four weeks. As to why the number has now been reduced to zero for next week, the explanation was not made.

In a press briefing earlier on Tuesday, Prime Minister Justin Trudeau promised Canadians that there would be enough vaccines for all who want by September.

Ontario’s Premier Doug Ford commented on the announcement saying he was “very angry” and said with a Pfizer manufacturing plant in Michigan, less than six hours away, the US should help out their neighbour.

“American friends, help us out. We need help once again, as we did with the PPE. You have a new president, no excuses. We need your support and look forward to your support. That’s a direct message to President Biden. Help out your neighbour. No more hunky-dory, kumbaya. Help us out. I’m asking you for help,” he said.