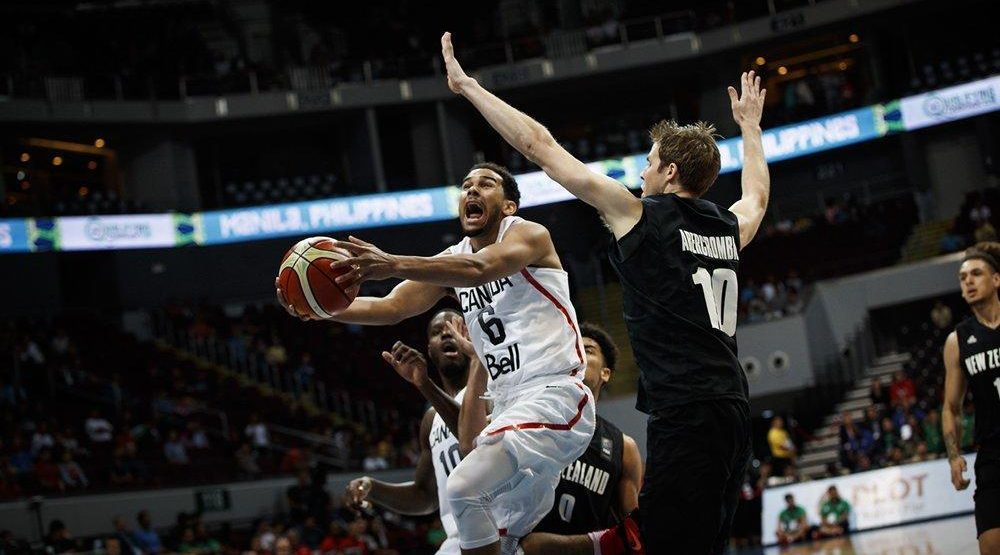 Team Canada is one win away from qualifying for the Rio 2016 Olympics in men’s basketball after a 78-72 win over New Zealand in the semi-finals of their Olympic qualifying tournament in Manila on Saturday.

This was a close one until the final minute, as a pesky New Zealand team refused to go away. Canada struggled from the three-point line (4-for-20), the free throw line (14-for-25), and at the defensive end, giving up 72 points.

“I told them to breathe just to relax, we got caught up a little bit and they hit a three which hurts us,” Team Canada head coach Jay Triano said. “At the end of the game our execution, spreading the floor, and being able to use our athleticism was our strength.”

There were many nervous moments for Canada in this one, but in the end their talent shined through.

Cory Joseph led the way yet again for the Canadians, using his quickness to penetrate to the hoop, scoring 23 points, pulling down 5 rebounds, and adding 4 assists. Tristan Thompson was a force in the middle, with a double-double, scoring 13 points and grabbing 10 rebounds.

“Coach Jay put a team together to win, I’m glad I was able to join and be a part of this, we have one more game,” said Thompson, who is making his national team debut in this tournament. “We broke this tournament down into four quarters it’s the fourth quarter we have to be prepared we’re ready, we came this far and we put our self in a position to win.”

Melvin Ejim was another standout for Canada, with 13 points, 7 rebounds, and 2 blocked shots in the game.

Canada will play in the final of this tournament on Sunday (6:00 am PT/9:00 am ET) against France, with the winner qualifying for the Olympics next month. France advanced after beating Turkey 75-63 in the other semi-final. Led by Tony Parker and Boris Diaw, France promises to be Canada’s toughest test yet.