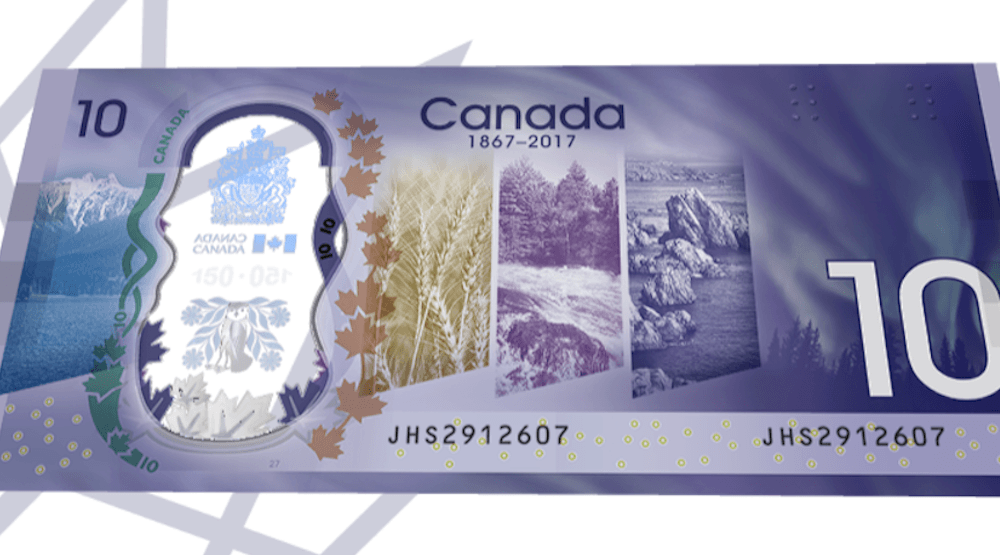 The new banknote was unveiled on Thursday morning by the Bank of Canada (BOC) in Ottawa.

“This bank note reflects the pride we feel about our country’s accomplishments and the hope we have for our future,” said Bank of Canada Governor Stephen Poloz in a statement.

“But it also underpins the confidence Canadians can have in their bank notes.  The new security features of this $10 note make it the most secure Canadian bank note to date.”

The front of the bill features four Canadians who played significant roles in the country’s history:

The back of the bill features five Canadian landscapes representing various regions of the nation:

The banknote will go into circulation today and only 40 million notes —roughly one for every Canadian— will be issued.

The new notes will circulate alongside the current bill, but will not replace it.