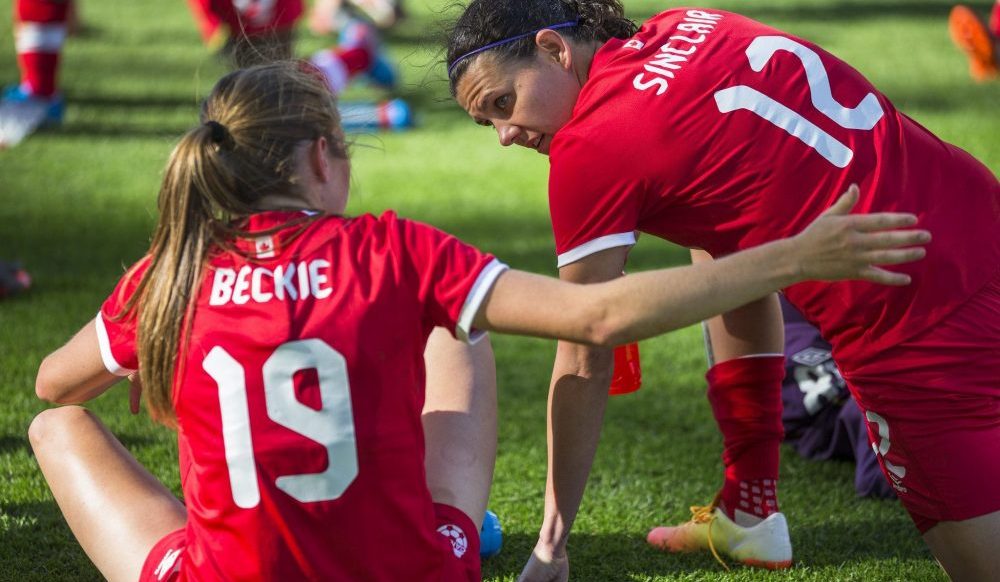 Canada’s women’s national soccer team will be looking for a second straight Olympic medal next month in Rio. It won’t be an easy feat for the #10 ranked country in the world.

Team Canada assembled for their team photo in Vancouver on Monday, before they head overseas for a pair of tune-up games in France. 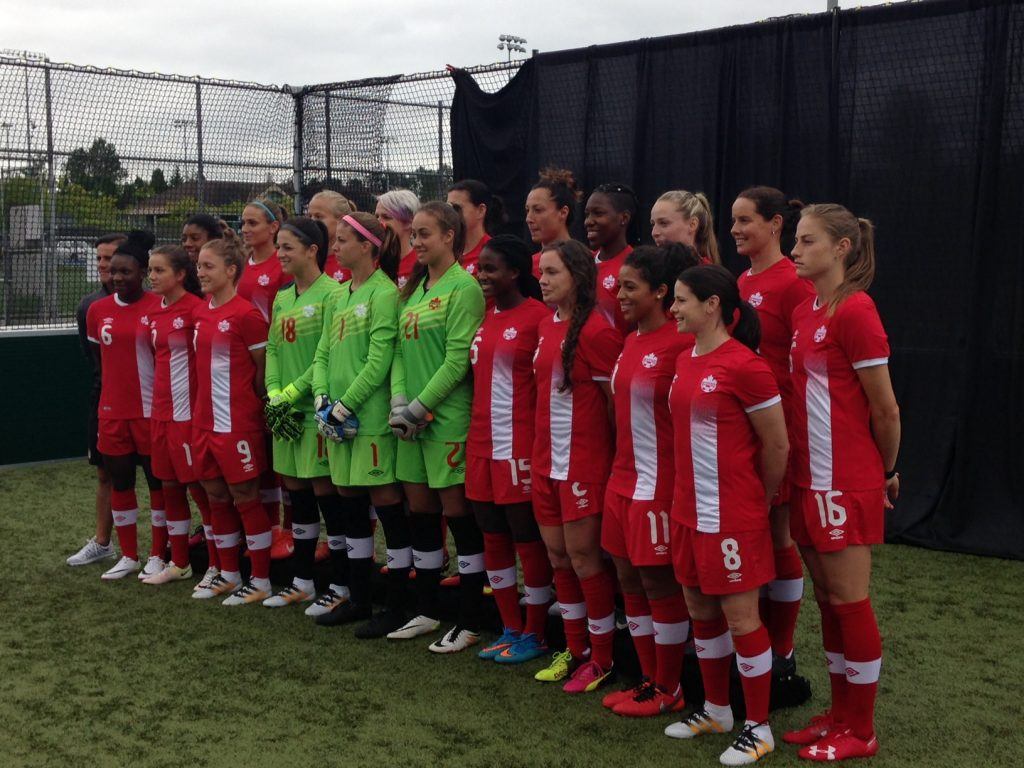 If you don’t recognize a few faces in the above photo, that’s because this team has a lot of newcomers. It’s an injection of youth that head coach John Herdman hopes will yield results in Rio.

“This is a very new team,” Herdman told Daily Hive. “In terms of we transitioned a group that had been together since 2002 in a youth tournament here in Canada and grown up together, to splicing this veteran team with a bunch of new faces.”

One look at Canada’s roster shows just how young this team has become.

Five veterans remain from the 2008 Olympic team that competed in Beijing: Christine Sinclair, Diana Matheson, Melissa Tancredi, Rhian Wilkinson, and Sophie Schmidt. Those are the veterans that Herdman is speaking about. They’re also the ones keeping the average age on this team above 25.

After that, for the most part, it’s a group of youngsters who likely grew up idolizing Sinclair. Seven of this roster’s 18 players are 21 or younger. Deanne Rose (17) isn’t old enough to vote yet. The youngest player on the 2012 team was Jonelle Filigno, who was 22.

But Herdman insists that the kids will be counted on.

“That’s the gauntlet that’s been thrown down to these young players. We’ve certainly said if you’re getting selected for an Olympics, you’re not coming here for an experience to prepare you for the next three or four you might come to. It’s the here and now, so you’ve got to live in the present. We’re saying ‘you’re good enough’ so you’re old enough. So… Deliver.”

It will be interesting to see just how much Herdman decides revert to the veterans in big games versus trusting this new generation of young talent.

Sinclair has carried the national team on her back for much of her career. As she heads into the twilight of her career, others will need to pick up the slack. Luckily, help appears to be on the way.

In seven games since the Olympic qualifying tournament in February, Canada has scored seven goals. Twenty-one-year-old Janine Beckie is responsible for four of them. Shelina Zadorsky (23) scored another.

Not only is this team different from the one we saw win bronze four years ago, it’s considerably different than the veteran-laden group that made it to the quarter-final at the World Cup last year. That experience will be vital for young players like Kedeisha Buchanan (20) and Ashley Lawrence (21), who excelled in that tournament under intense scrutiny.

“The tournament will be what it will be. If Flems (Jessie Fleming), Ash (Ashley Lawrence), Kedeisha (Buchanan), Nichelle (Prince), Deanne (Rose), Shelina (Zadorsky), you know all these young kids, if they can step up and put a few PB’s up there, it could be enough to give Sinc (Christine Sinclair) the opportunity she needs to score.”

Herdman is talking about personal bests, because that’s exactly what this team will need from their young players in order to win a medal. The 2012 team, as good as they were, barely squeaked by France in the bronze medal game.

This time around, Canada is in the ‘group of death’ with world #2 Germany, #5 Australia, and #93 Zimbabwe.

This could be the last Olympics for Sinclair, who is now 33-years-old. Just don’t tell her that.

“Not thinking about it,” she says.

The advantage these young players will have going into Rio is that they’ll have a number of players with Olympic experience – like Sinclair – to rely upon.

“I think our staff is going to do a good job of giving us a few days in Rio to sort of take in the Olympic Village,” Sinclair said. “My advice is for them to take advantage of that, because once those days are over, it’s a business trip.”

“Personally, in my first Olympic Games (in 2008) – it was all of our first Olympics – we enjoyed it a little bit too much, it’s a tournament.”

Canada will kick off the tournament August 3rd – two days before the Opening Ceremony – in Sao Paulo versus Australia.