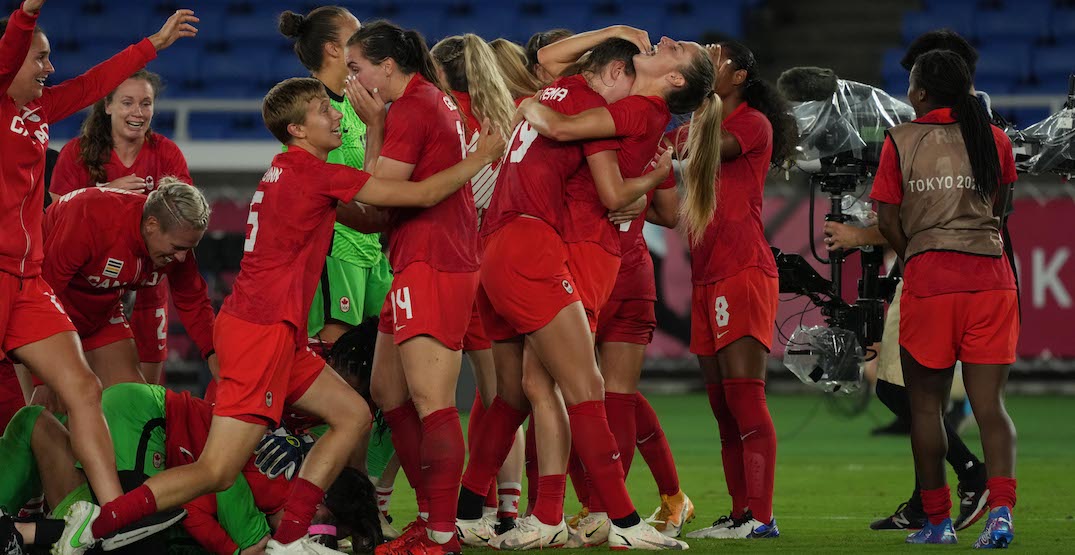 After capturing gold at the Tokyo Olympics, Canada’s women’s national soccer team has moved up the FIFA world rankings.

Canada has moved up two spots, from eighth to No. 6 in the world. Despite a disappointing bronze medal finish in Tokyo, the United States remained in the top spot. Sweden, the Olympic silver medal winners, moved up three spots to claim No. 2 in the world. 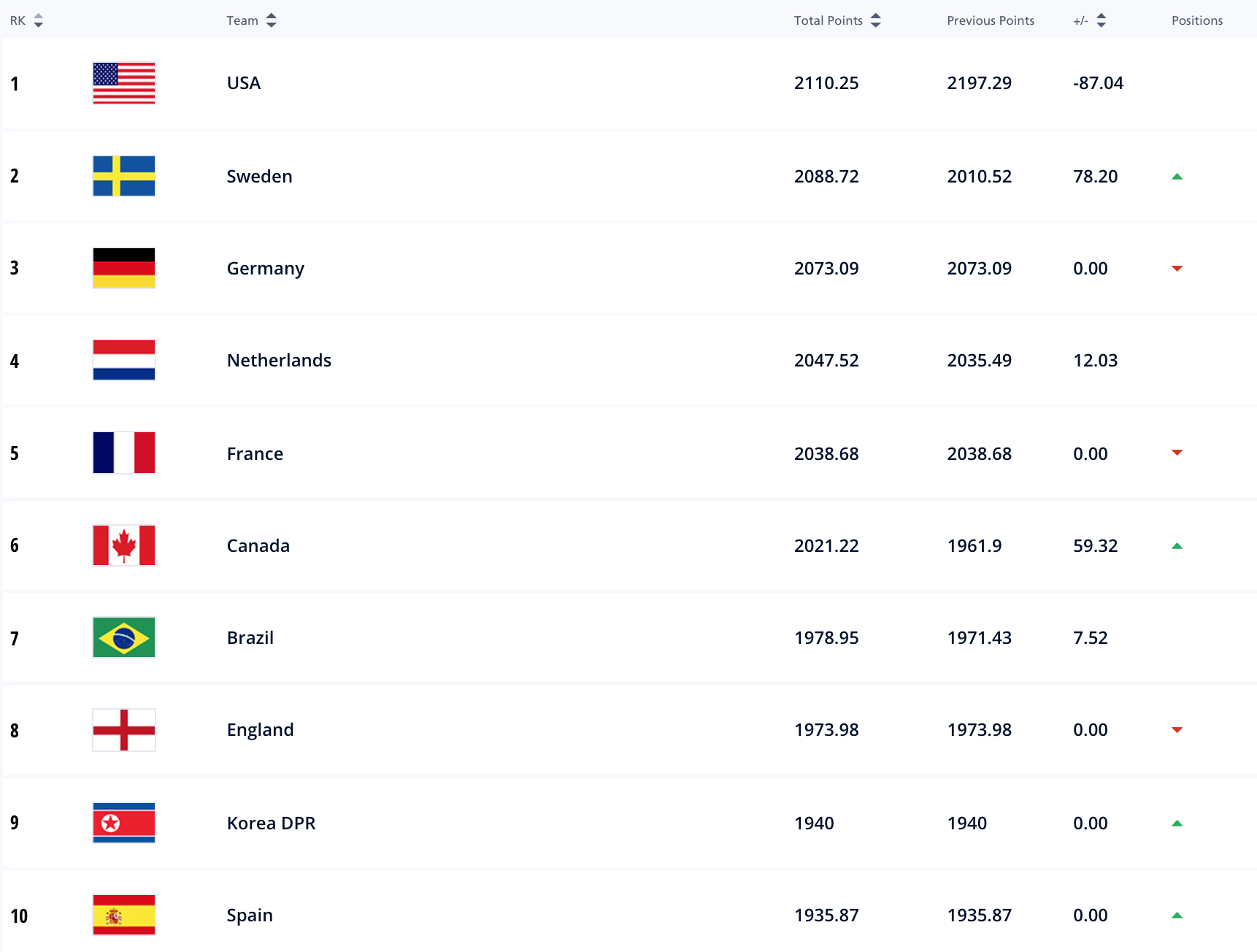 The No. 6 ranking is the highest spot in the FIFA rankings that Canada has seen since 2018, when Canada was ranked fifth. The highest-ever ranking for Canada fourth, achieved in 2016.

Canada’s men’s soccer team also moved up the rankings recently, from 70th to 59th, when they were revealed last week. That’s the highest the men have been ranked in 12 years. Since FIFA’s world rankings were first introduced in 1993, the highest Canada has ever been ranked in men’s soccer was 40th, which they achieved in 1996. The men are now the fifth-ranked team in CONCACAF, behind Mexico (9th), USA (10th), Costa Rica (44th), and Jamaica (50th).