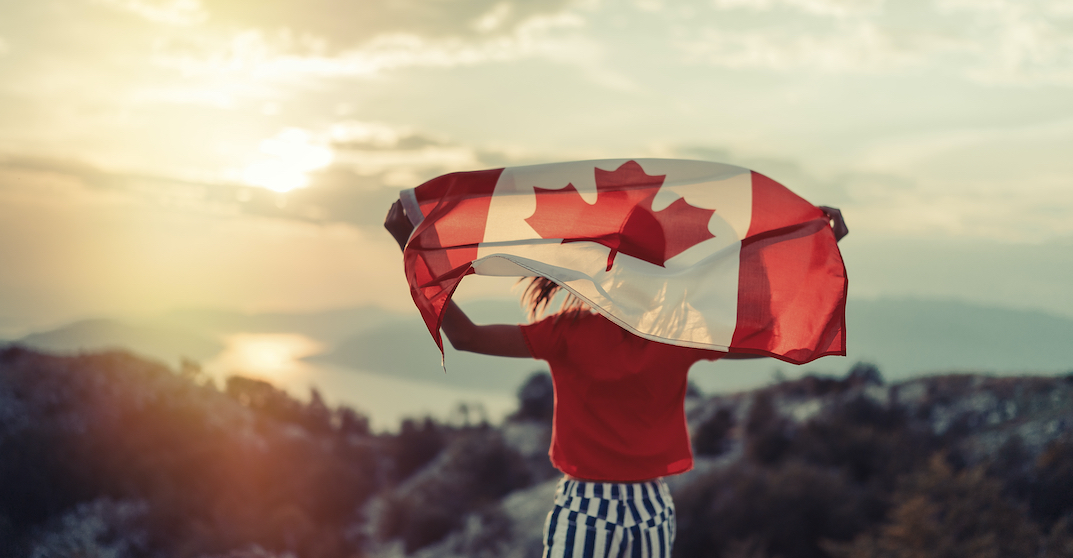 Canadians should take a step back — even in the midst of a pandemic — to appreciate how good we really have it.

According to a new global data study from Remitly, Canada is the most popular destination to move to for citizens across 101 countries worldwide.

The study, “Where the World Wants to Work: the most popular countries for moving abroad,” concluded that Canada ranked number one in the world for people looking to live overseas. Conducted by Remitly, an online money-transfer service, the study surveyed global Google searches for “how to move abroad.”

According to Remitly, there had been a 29% increase in searches from January to October 2020, and Canada came out on top.

“By analyzing the average monthly search volume for phrases commonly associated with researching a move overseas and ranking them with the most-searched-for location within each country, we were able to see which destinations came out top,” says Remitly.

The most popular destination for people looking to move overseas was Canada, which topped the wish-lists of 29 other countries. 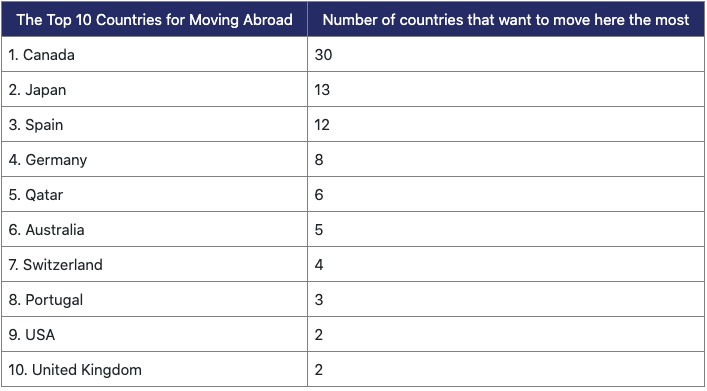 “Featuring prominently in the Global Peace Index as one of the safest places to live, and boasting low unemployment rates alongside a high amount of immigration options, it’s arguably no surprise that Canada is head and shoulders above the rest of the world,” continued the report. “Add to that its friendly locals and beautiful scenery, and it’s little surprise that the country is so appealing.”

From a Canadian perspective, the study says we found ourselves in general searching to move to Japan (which finished second), another country known for its stunning scenery, safety, and a vast array of job opportunities. 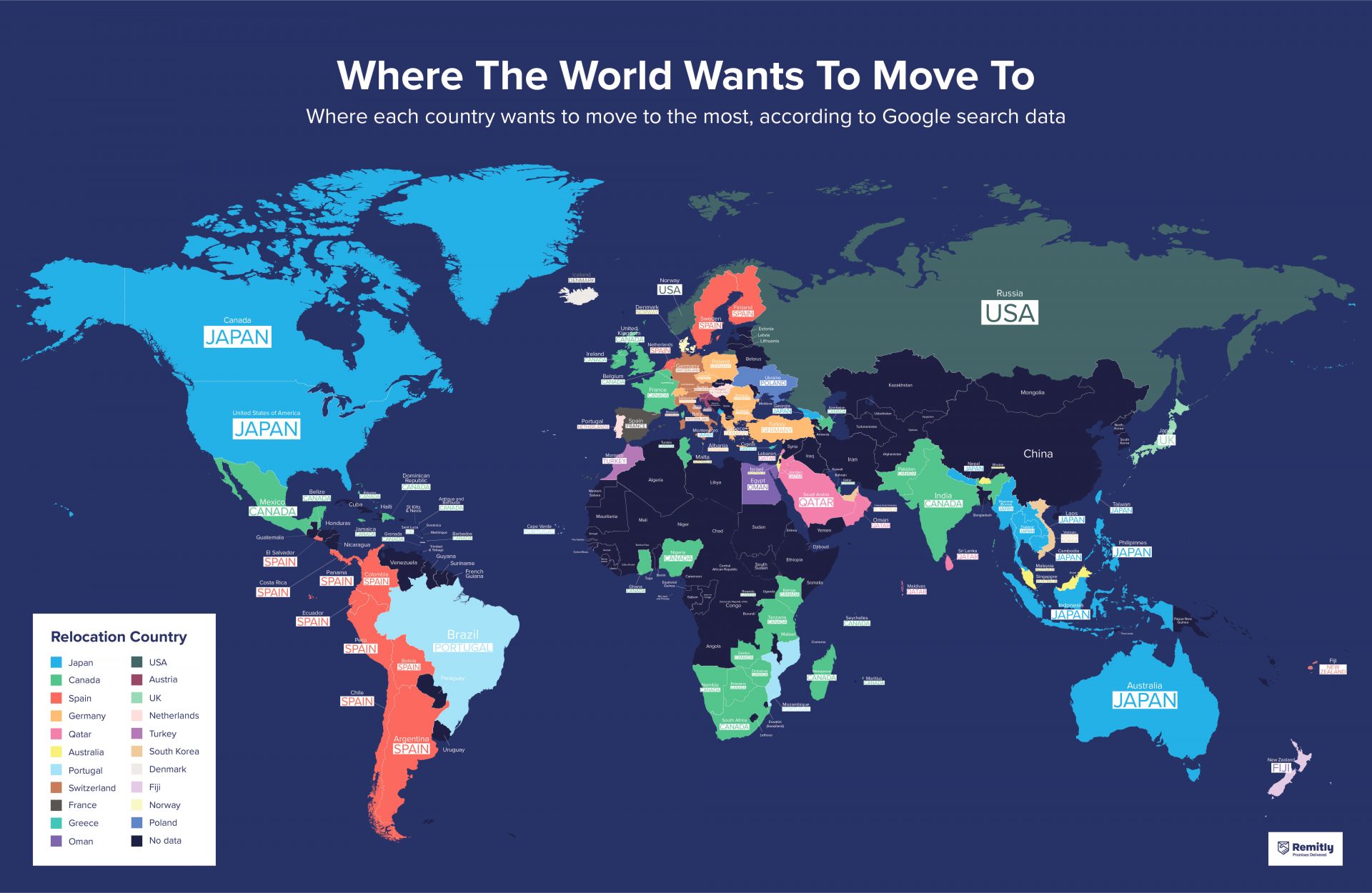 Check out the full Remitly study to see other popular destinations for where Europeans, South Americans, Asian, and African countries would move to.