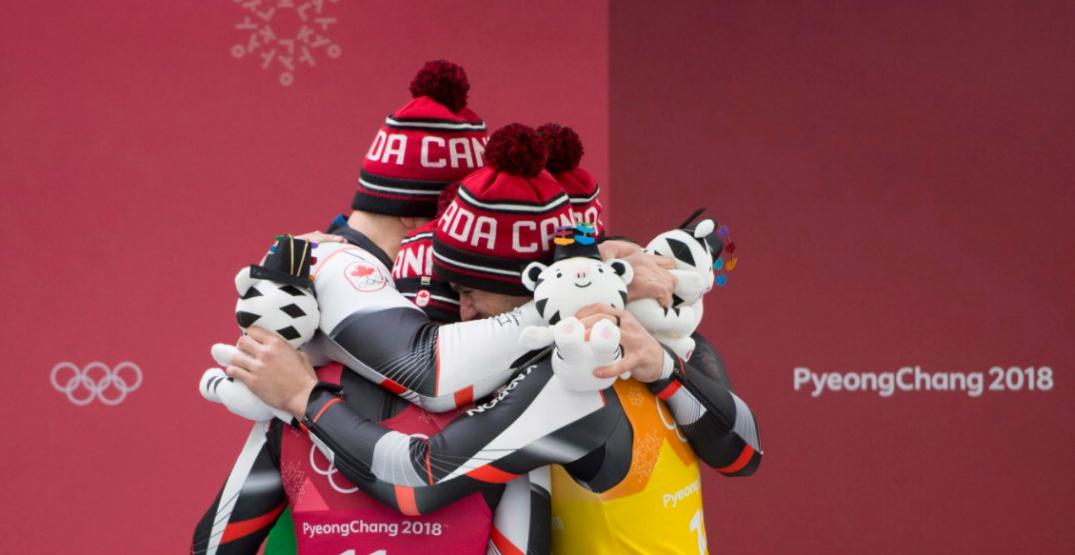 This time it’s theirs for good.

Four years ago in Sochi, the Canadian luge relay team finished in fourth place, completing the race just 0.1 seconds behind the Latvian bronze medalists, and losing their chance to stand on the Olympic podium.

Two months ago, it appeared like they would get the medal they deserved.

In the light of the Russian Doping Scandal, the International Olympics Committee found multiple Russian athletes in various events guilty of doping, disqualifying them from the Sochi Games, as well as putting them on a lifetime Olympic ban. The disqualification included Russian lugers Albert Demchenko and Tatiana Ivanova, which was to strip their team of a silver medal.

This would bump Latvia to second place and Canada to third. It meant that the team of Alex Gough, Sam Edney, Justin Snith, and Tristan Walker had never stepped foot an an Olympic podium together, but would travel to PyeongChang as reigning bronze medalists.

Until it was ripped away from them once again.

The Court of Arbitration for Sport overturned the punishment for 28 Russian athletes two weeks ago.

With both Russian lugers among those reinstated, Canada fell back down to fourth, despite a mountain of evidence that suggested the Russian team cheated.

Edney tweeted his disappointment in the outcome of the ruling.

But this year, those same four Canadian lugers would not be denied.

Canada crossed the finish line in first place on Thursday, with only two countries left to race – guaranteeing them a medal. 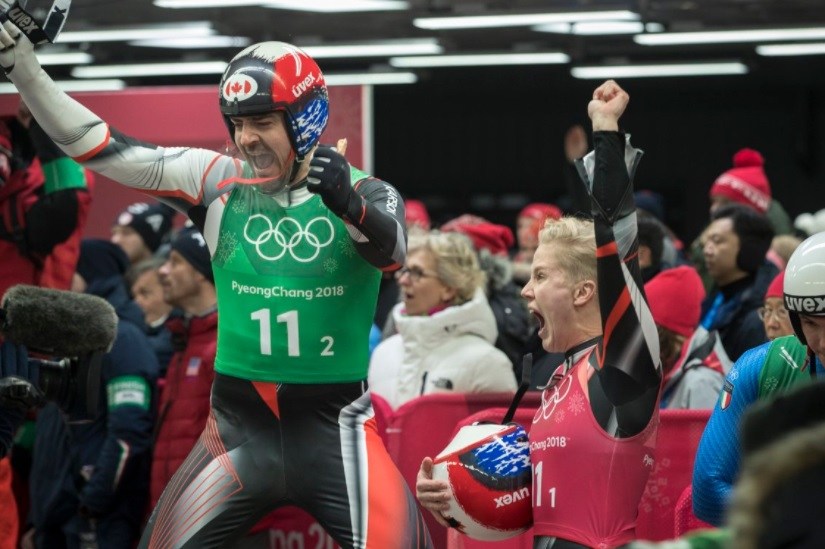 “It’s the moment that we were all dreaming of and wanting forever,” said Edney.

The team was still teary-eyed in their followup interview with the CBC, with Snith getting visibly choked up when he spoke about how much his teammates have supported one-another.

It was a long four years, but Canada’s luge relay team closed this chapter with Olympic silver

“We’ve been working this past quad with the heartbreak of Sochi,” added Walker. “To finally capitalize not only bronze but silver – amazing.”

“We basically committed to the four years right after Sochi,” added Alex Gouch, who won bronze in women’s singles two nights earlier. “This is the best.”

Oh what a feeling “we are the champions my friend’ that #Silver medal feeling for the Luge Team #medalmania #GoCanadaGo #Olympics pic.twitter.com/1L0oj6MW7A