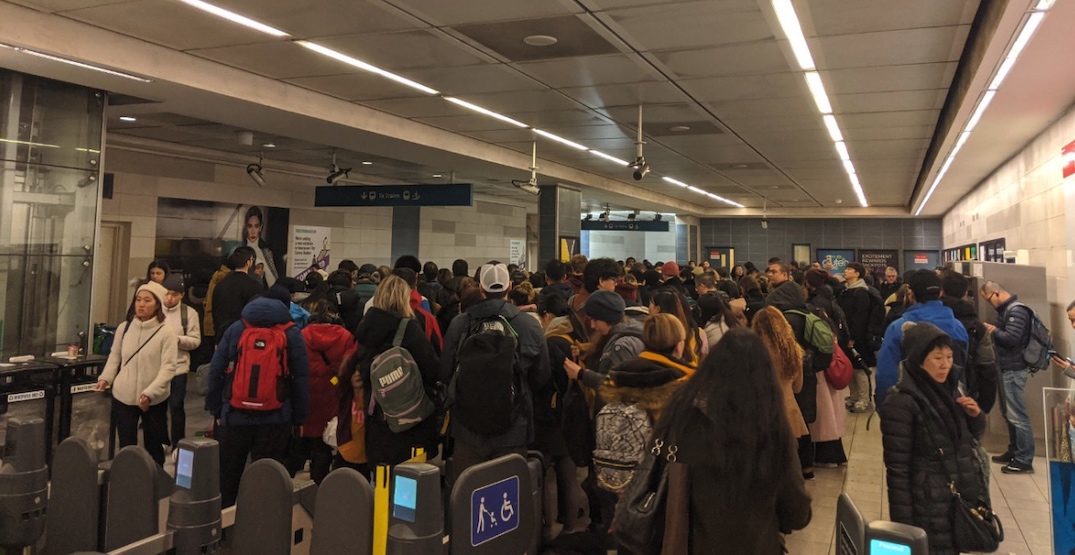 Overcrowding at Vancouver City Centre Station due to a medical emergency at Broadway-City Hall Station on December 19, 2019. (@mysevenchakras / Twitter)

UPDATE at 7:20 pm: Regular service has resumed, but it will take some time for trains to return to regular intervals.

A medical emergency has resulted in severe service disruptions on the Canada Line starting at the tail end of the afternoon rush hour.

Train service has been impacted following a medical emergency at Broadway-City Hall Station, resulting in significant delays across the system. The disruptions began at approximately 5:45 pm.

The delays are expected to continue for some time; there is no estimate on when regular service will resume.

Transit riders depending on the Canada Line are being asked to consider alternate travel options.

As can be expected, these service disruptions do not impact the Expo Line and Millennium Line.