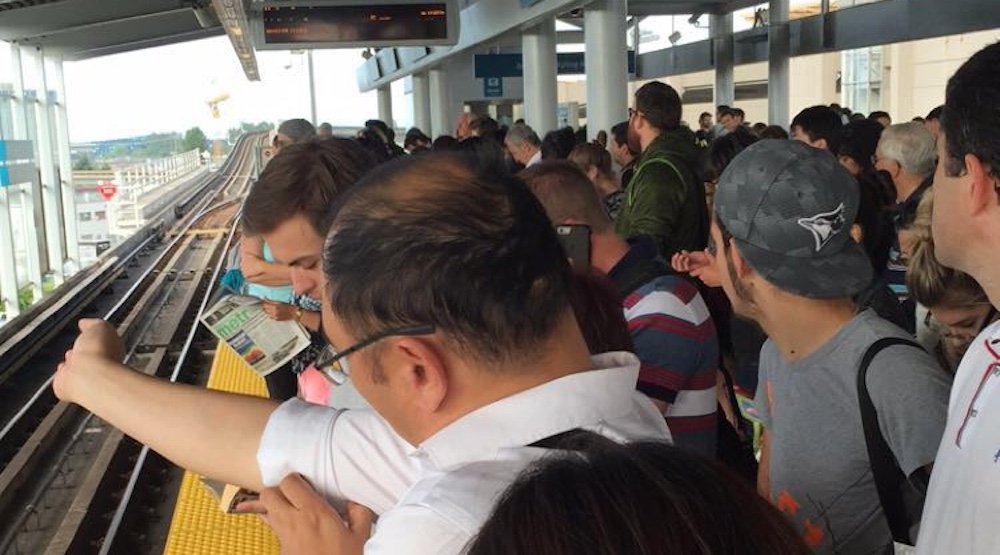 Transit users on SkyTrain’s Canada Line can expect further delays into the noon hour due to a track issue between Bridgeport and Marine Drive stations.

Delays began at approximately 7:30 am during the morning rush hour and caused large crowds to form at a number of stations, including Bridgeport Station where thousands of bus passengers transfer to train services daily.

Trains are still rolling systemwide, but they must share a single track across the Fraser River.

A bus bridge shuttle service is operating between Richmond-Brighouse and Bridgeport stations until the problem is fully resolved.