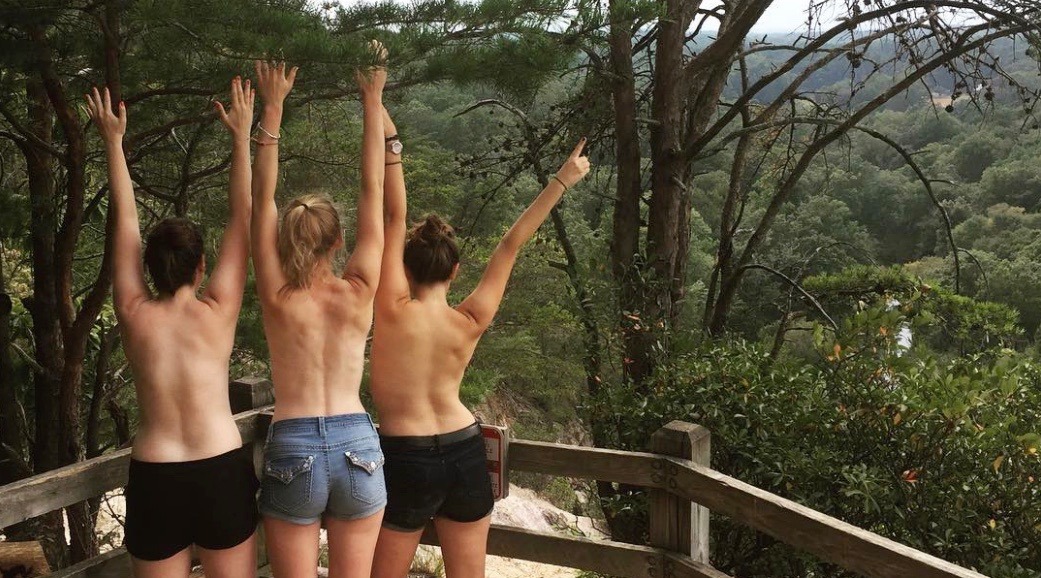 Let’s get something straight; even though many choose not to, it’s totally legal for women to bare their breasts in public.

At least, it is if you live in Ontario or British Columbia.

And elsewhere, well, it’s time should be.

Yet – whether a breastfeeding mom is facing social media backlash like Angela Price recently did, or a woman who tans topless is threatened with a steep fine – it seems that some have a major issue with the sight of a good, old-fashioned set of breasts. Yes, still. In fact, nudity in general still makes people nervous, as judging by the reactions to last weekend’s World Naked Bike Ride (but that’s another story all together).

Earlier this week, Montreal’s Jessica Sallay-Carrington was approached by a police officer and told that she could face a $1000 fine under the Indecent Acts for tanning topless in a park. Yet, when she questioned this at a local police station, nobody seemed to have a clue about the specifics of such a fine.

Section 173 of the Canadian Criminal Code pertains to anyone “who willfully does an indecent act in a public place in the presence of one or more persons” and “every person who, in any place, for a sexual purpose, exposes his or her genital organs to a person who is under the age of 16 years.”

Tanning topless – or walking around topless – doesn’t fall under these categories. There is, however, a section of the Criminal Code that prohibits public nudity, but charges have to be approved by the Attorney General.

While some provinces – like Ontario and BC – have granted women the right to bare their breasts in public, others haven’t been so progressive. And in Quebec, the rules are far from clear. The problem is that each province and territory technically has the right to interpret the law as it so pleases.

In the summer of 2015, Ontario residents were given a much-needed wakeup call and reminder that it is legal for women to bare their breasts when three Kitchener-Waterloo area sisters were asked by a police officer to put their shirts back on while biking in the summer sun. The sisters were vocal in highlighting their mistreatment, resulting in media attention and hundreds of thousands of social media supporters who united in their love of both the free breast and equal rights.

Yet, over 20 years since it was legalized in Ontario, women in other parts of the country are still fighting for their right to go topless in the same places that men are allowed to forego their shirts. In cities all over the world, Go Topless Day is even a thing, taking place on Saturday, August 26 – Women’s Equality Day.

Just because women have the right to bare their breasts doesn’t mean that they will; but if more did exercise their right to maybe we could finally stop debating the historical notion that this is morally wrong or socially unacceptable. Perhaps more women would do so if they didn’t fear unwanted attention or harassment. But sadly, that’s the reality they face. The fact that it’s still illegal in some places only perpetuates this.

That a woman is legally allowed to “free her nipples” depends on the province in which she lives in is confusing at best and utterly ridiculous at worst. It’s time that every province in Canada jumps on board and agrees that in 2017 letting ‘the girls’ go free should be a legal right for every woman.