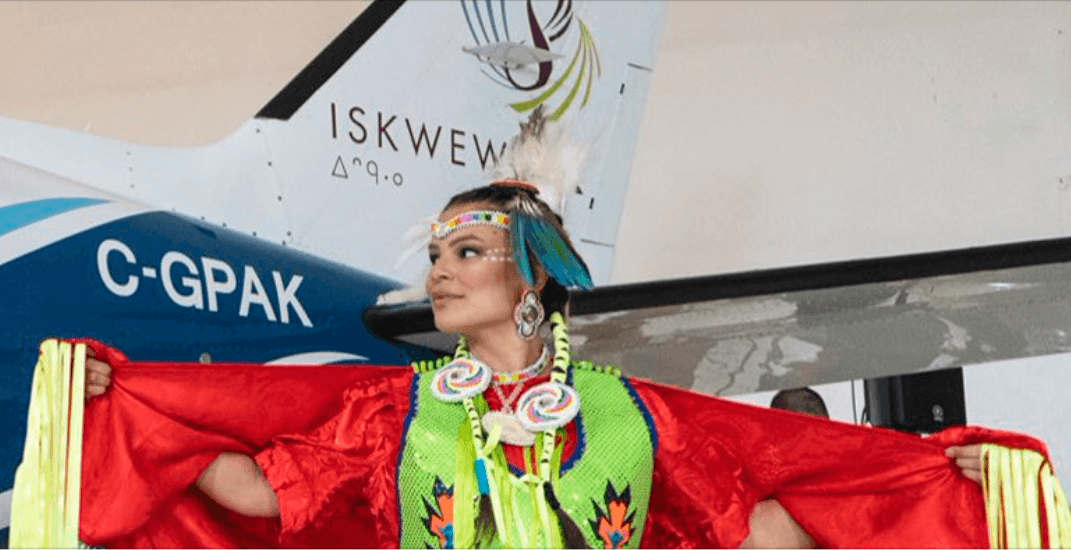 The airline is owned by CEO Teara Fraser. She is an experienced pilot, entrepreneur and leader in the BC aviation industry.

On Friday, Fraser participated in a xwməθkwəy’əm (Musqueam) ceremony to seek blessings and permission to operate Iskwew airline within their traditional territory.

Today, @IskwewAir officially announced its launch at YVR. We are proud to support the first Canadian airline founded and owned by an Indigenous woman. Congratulations @tearafraser! pic.twitter.com/QI6nUusEeG

“Iskwew Air has been a vision of mine for many years and it is very important to me that Iskwew Air begins in a good way by seeking the permission and approval of the Musqueam people before operations begin,” she said in a release.

The airline will provide charter service and aims to provide scheduled service to remote communities across BC in the future. Iskwew’s overall goal is to increase accessibility to transportation and bolster Indigenous tourism.

“My homeland in Fort Chipewyan, Alberta, is a fly-in-fly-out community, and I know how important connection and accessible transportation options are for remote communities,” says Fraser. “Iskwew Air will provide services to communities like these and lead the industry by championing Indigenous people and culture.”