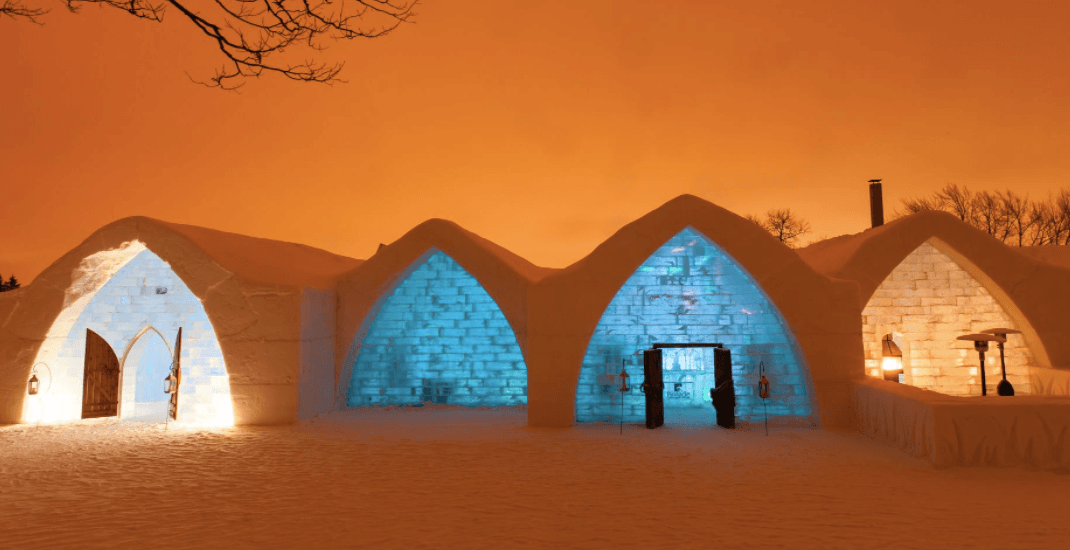 If this isn’t ironic, we’re not sure what is.

A room in Canada’s very own ice hotel caught fire on Monday evening.

Hôtel de Glace, located 35 minutes from Quebec City, is known for its beautiful rooms… made of ice.

However, on Monday night, a fire was reported in one of the rooms occupied by two guests. Luckily, no one was seriously injured.

“A small fire occurred at the Ice Hotel of Valcartier overnight on Monday, forcing the evacuation and temporary closure of the establishment,” said the hotel in a press release sent to Daily Hive. “The fire began in a suite occupied by two customers. They were transported by ambulance and have been been discharged by medical authorities.”

As a result of damage caused by the fire, the hotel will be closed on January 9 and 10.

“The management of the Ice Hotel and the Calypso Valcartier group salutes the work of its staff and the first responders, who were quickly able to apply emergency measures. We apologize for the inconvenience caused to our guests by this situation and we will do everything we can to reopen the Ice Hotel quickly,” said Ice Hotel manager, Jacques Desbois, in the release.

The hotel opened for the winter season last week. Hotel administtration are currently conducting an internal inquiry to determine the exact causes of the fire.