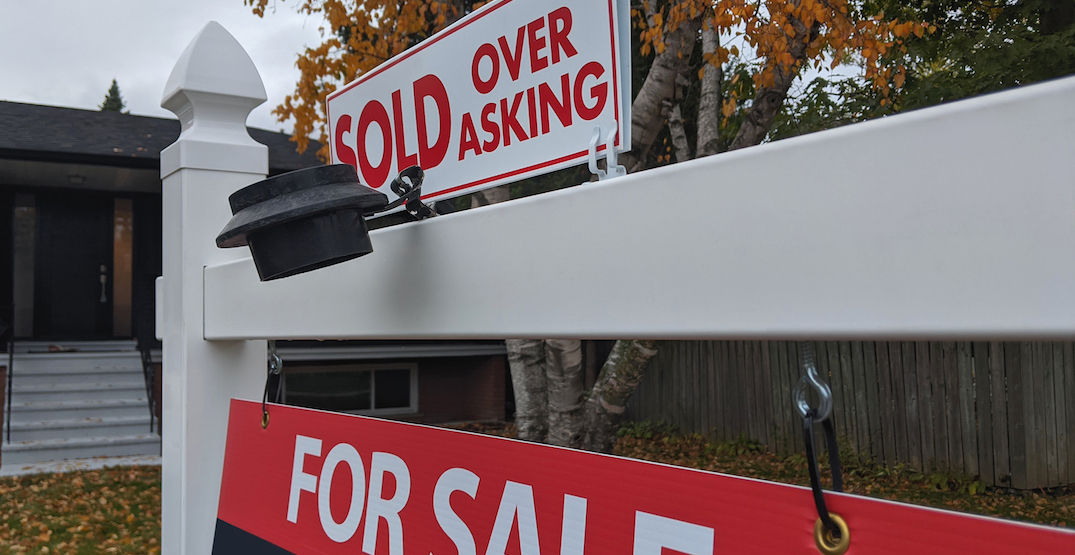 The once-frenzied housing market in Canada is continuing to cool off ever so slightly, but prices are still on the rise, according to a new report from the Royal Bank of Canada.

“The transition toward more sustainable levels of activity continued in August though the rate of cooling eased off materially nationwide (to -0.5% m/m) from the previous four months (-7.9% on average),” the report reads.

This 0.5% drop marks the slowest pace of decline seen in the current cooling phase.

Limited housing supply has been the main driver of competition over the past year, with many highly motivated buyers going after the same properties, leading to soaring bidding wars. In August, the report says, new listings finally increased by 1.2% after four straight months of declines.

Vancouver saw the largest uptick with a 12.7% increase in new listings, while Montreal saw a 3.7% increase. Ottawa, Calgary, Edmonton, and Toronto, on the other hand, all experienced decreases.

“While these [new listings] gave buyers more options to pick from, they were drops in a bucket in markets starved for inventory,” the report reads. “Supply still falls well short of demand, significantly constraining activity.”

Cooling trends are most noticeable in smaller markets, RBC says, with home resales in cities like Chilliwack and Kamloops, BC, Barrie, Guelph, and Hamilton, Ontario falling back to, or below, pre-pandemic levels. This is due, in part, to the fact that the affordability in these smaller markets that initially attracted buyers has effectively disappeared.

“Big-city buyers’ interest in smaller markets is likely being put to the test,” the report says.

But even as the housing market in Canada continues to cool off, sellers are still very much at an advantage. And although further market stabilization is predicted, the report says that major price declines aren’t in the cards for Canada any time soon.