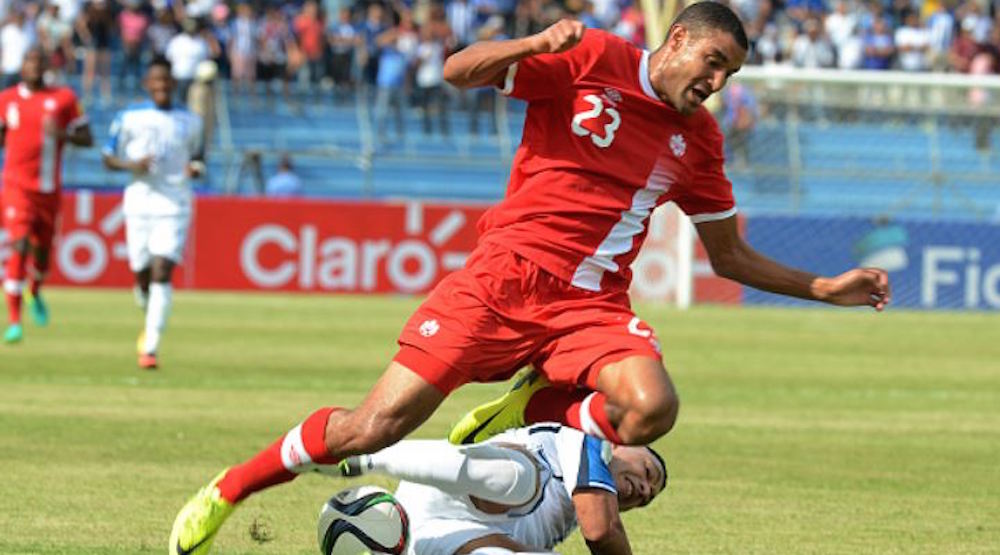 Canada’s dreams of getting back to the Hex took at big hit on Friday in World Cup qualifying.

Canada lost 2-1 to Honduras, meaning Canada will need help on Tuesday in order to advance.

Canada actually got the all important first goal in this one, on a goal scored in the 35th minute off a corner.

Scott Arfield sent a great ball to the edge of the six-yard box and 6-foot-3 centre back Manjrekar James got above everyone for a strong header, sending the ball to the back of the net.

The lead lasted about 12 minutes, when Mario Martinez got the equalizer for Honduras in stoppage time. After Canada seemingly got all the bounces, this time they didn’t. Martinez’s shot came from outside the box, going through a number of players and appeared to fool Canadian goalkeeper Milan Borjan.

There was a bit of controversy on the goal, as Honduras did not participate in fair play, keeping the ball despite getting it on an injury to Canadian defender Doneil Henry.

Still, despite Honduras having the run of the play, Canada was in a reasonably good position heading into half time with a 1-1 draw.

The deadlock did not last long into the second half.

In the 50th minute, Alberth Elis snuck a ball past Henry, right to his Honduran teammate Romell Quioto who put the ball in the back of the net, giving Honduras a 2-1 lead.

Honduras never looked in trouble from there, holding on for the important win at home.

Don’t let the scoreline fool you, Canada was clearly the second best team on this day. Honduras outclassed Canada by a fair margin, and the stats reflected that. Honduras held the edge in shots (19-3), possession (61-39), and corners (8-3).

#CanMNT isn’t fit enough and they do not play smart. They lack tactical awareness. They can't run with teams like Mexico and Honduras (away)

Canada looked like a tired team with no cohesion.

But hey, look on the bright side:

The win puts Honduras into the driver’s seat to capture second place in the group. The top-two teams advance to the final round of CONCACAF qualifying.

Canada and Honduras each have one game remaining, Canada vs El Salvador and Honduras vs Mexico. Both games take place on Tuesday.

Canada must hope that Mexico obliterates the Hondurans in Mexico City, while Canada will need to take care of business (and score goals) at home. In order for Canada to advance, they’ll need to win against El Salvador, Mexico to beat Honduras, and to erase a five-goal differential between the two teams.

In the event that Canada and Honduras are tied in points and goal differential, Honduras will own the tie breaker based on goals for (unless by some miracle Canada can score four against El Salvador). The most likely of the unlikely scenarios for Canada to advance in this observer’s eyes is a 4-0 win by Mexico and a 2-0 win by Canada.

Canada’s next game is on Tuesday against El Salvador at BC Place.