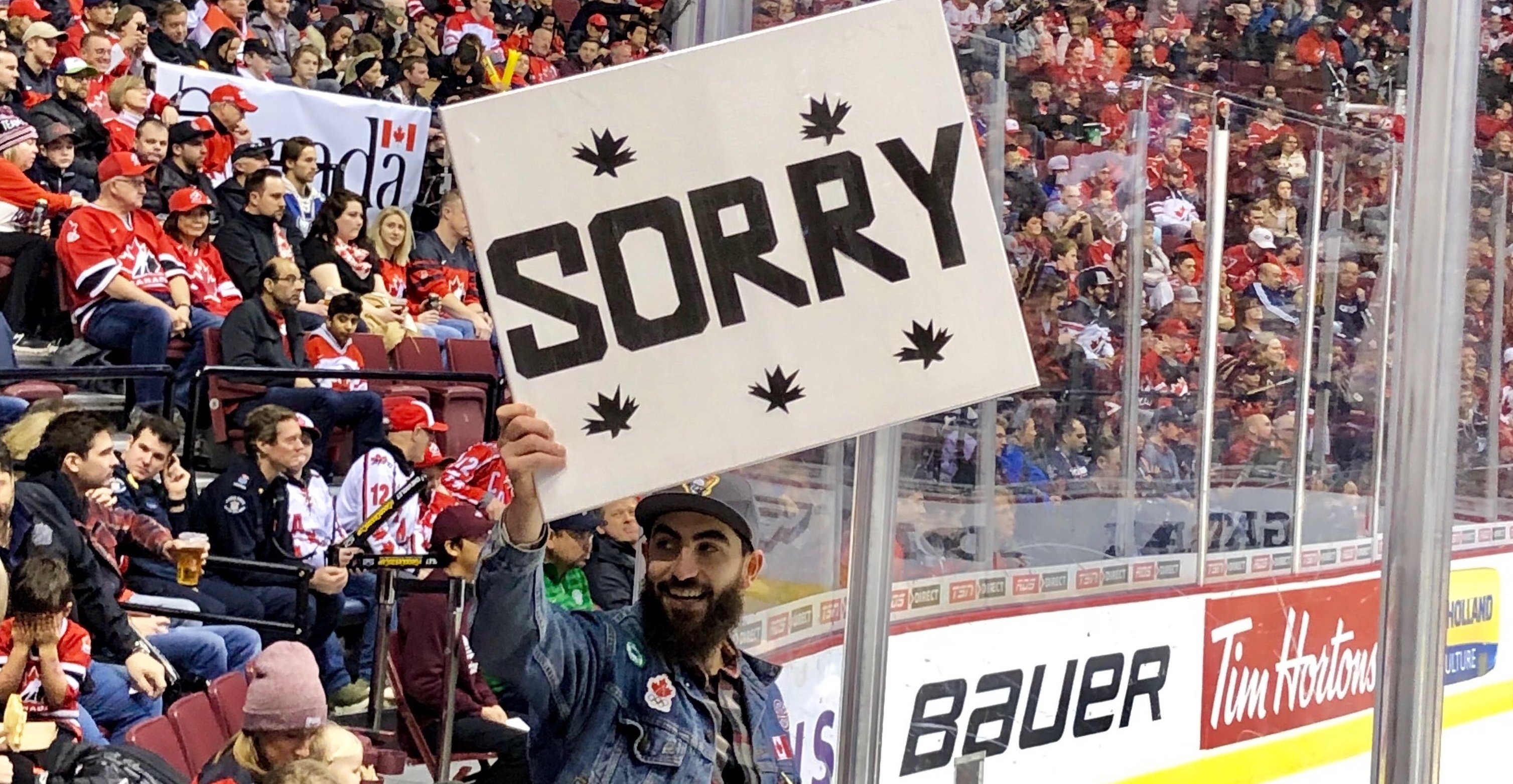 You know “go Canada go” and “let’s go Canada,” but what about the maple syrup chant?

If you’re attending any of Team Canada’s games at the World Juniors in Vancouver this year, you might need to learn it.

Eight custom-jean-jacket-wearing hockey fans have stolen the spotlight this year because of their unique way of cheering on Canada. Lined up in the first two rows of Section 120 in Rogers Arena, they’re impossible to miss.

Their chants are even better.

Spearheading the group of eight is Jay Aikenhead, a diehard hockey fan from East Vancouver. He shelled out big money for the entire tournament package for the games in Vancouver this year to ensure that he and seven friends could get the best possible spot to enjoy the World Juniors. 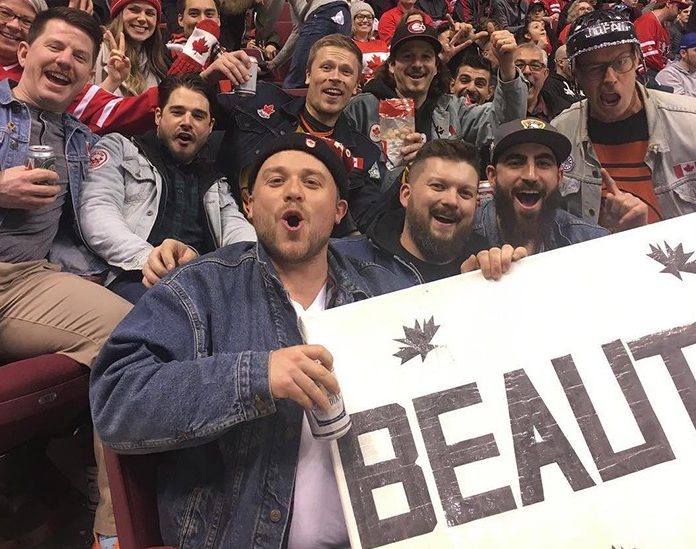 “There’s four of us in the front row that are there every game,” Aikenhead, who brings 10 homemade Canadiana signs to every game, said in a phone interview with Daily Hive. “The second row – not everyone can afford spending that much money on hockey and not everyone’s as crazy as I am – so we kind of have a rotating group. But we’re trying to get everyone in jean jackets.”

It began in 2013 when he said he “dragged” a friend overseas to catch Canada play in the World Juniors in Sweden. Instead of wearing jerseys, they sewed maple leafs all over their jean jackets. Two years later his group – and the jean jackets – doubled for the tournament in Finland.

They were the life of the party, as you’d expect, making new friends with a rod hockey game they brought to play during the intermissions.

.@HC_WJC please let us bring in our stiga rod hockey table to @RogersArena! We need this at the games. #represent #beauty #hoser #freethestiga pic.twitter.com/PUHupS0fWo

But with the tournament back in Canada, these eight beauties are catching on.

Sam Newton, who wears a bedazzled 1980s Jofa helmet (you read that right) and Trail Smoke Eaters jersey under his custom jean jacket to games, was named “Fan of the Game” in the arena on Thursday. It was well deserved.

The group also happens to be part of the Larscheiders, a Vancouver Canucks supporters group with some unconventional ways to cheer on their team.

“It’s not as effective with only eight people, obviously,” said Aikenhead, who is used to 150+ people backing him up.

Still, the group managed to help get a sometimes-reserved Rogers Arena crowd on their feet and chanting “go Canada go” before the final faceoff of the game against Switzerland, which took place in their corner.

“Just like the Larscheiders… it’s really important to us that people want to have a good time. It’s fine if their good time is in their seats, but if people need the impetuous to project energy into the arena – and to the players – then that’s what we’re really trying to do. We want everyone to participate.”

The group is bringing street hockey culture to the rink. When the puck is dropped, they yell “game on.” When people pass by them to get to their seats, they yell “car!” 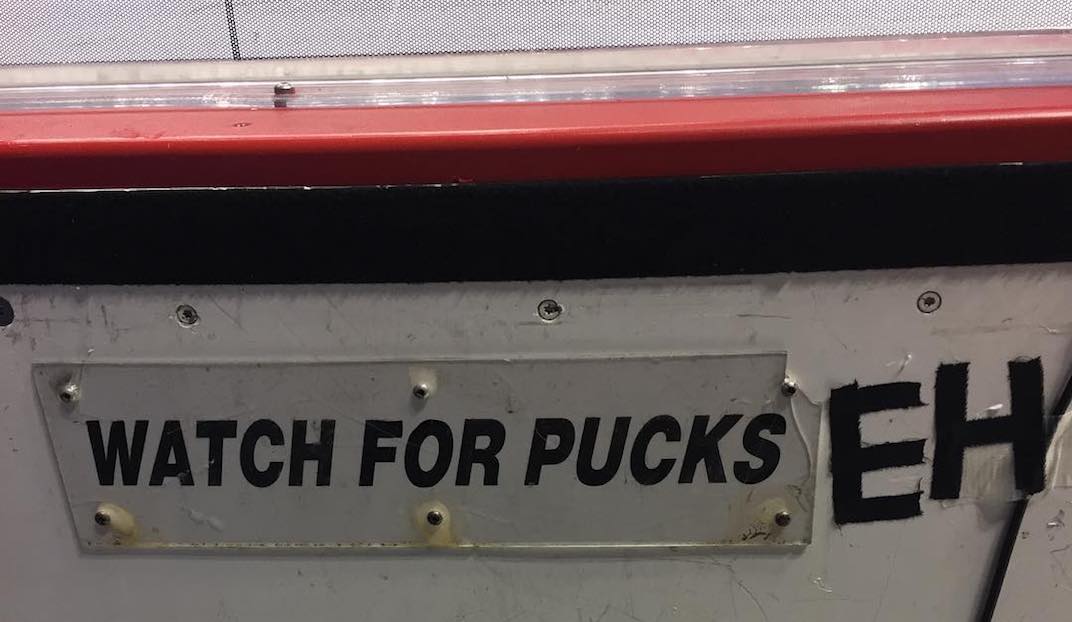 There’s a “Poutine” sign in the works. They’re also working on a new chant.

“Everyone in the world thinks it’s a beanie for some reason, but we all know that it’s a toque.”