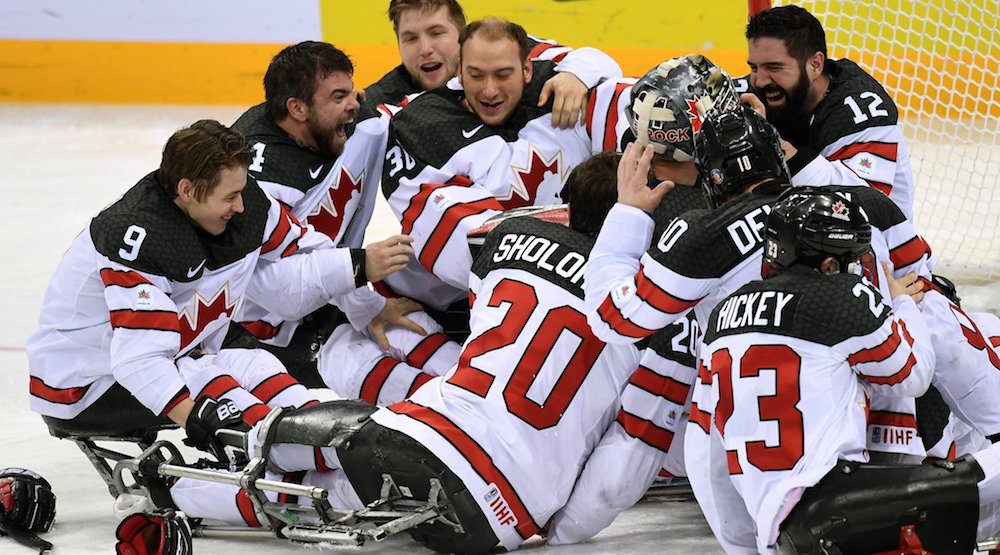 Canada is back on top of the world in para hockey, defeating USA 4-1 in the World Championship Final in Gangneung, South Korea on Thursday.

It had been some time since Canada had been golden in the sport formerly known as sledge hockey.

“This is an outstanding group of young men, and I’m very proud of our team,” said Team Canada head coach Ken Babey. “We played smart, fast, and unselfish – the Canadian Way. We took hits to make plays and stuck to the game plan.”

Brad Bowden and Liam Hickey scored within less than one minute of each other late in the first period to open up the scoring for the Canadians.

Goal! Canada with the opening score of the GOLD medal game against USA! pic.twitter.com/5oYVSgwfzZ

Nikko Landeros was the only American to beat Canadian goaltender Dominic Larocque, scoring at 12:02 of the third period. But it was too little, too late for Team USA, as Canada went on to earn its fourth gold medal in the ninth edition of the tournament.

“This is an incredible experience,” Larocque said. “To be able to go for gold in the final against the United States has been my dream for the last three years. And to have a chance to bring back gold as a world champion for the second time makes me so proud – it’s incredible.”

“When I think about this team and what it represents, it’s hard work,” said Team Canada captain Greg Westlake. “We all got challenged after a third-place finish in Sochi, and then disappointing game after disappointing game – tonight was the final reward.”