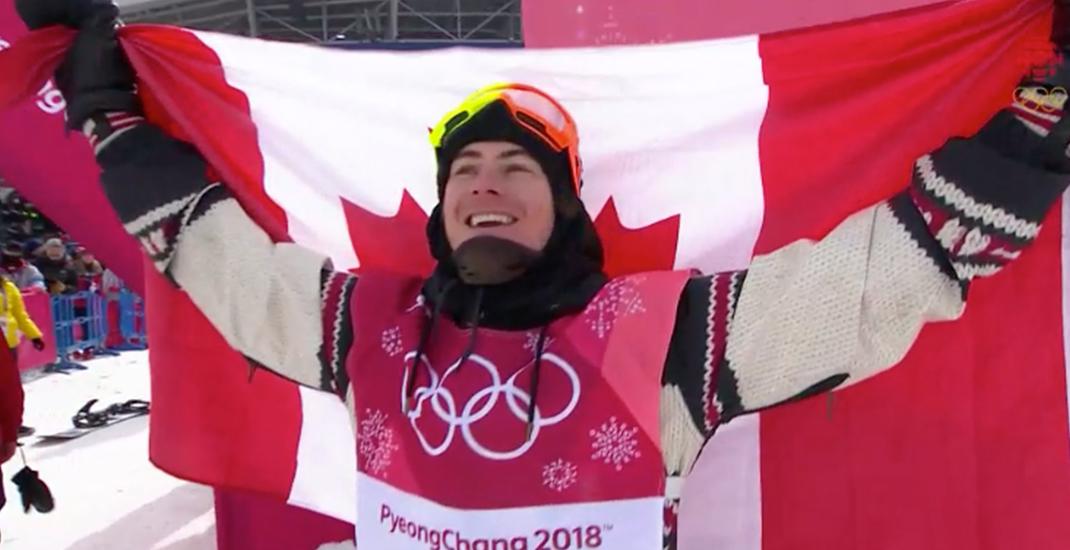 On the 15th day of the 2018 Pyeongchang Winter Olympics, Canada picked up their 11th gold medal.

This is the first time Big Air has been featured in the Olympics, and Sebastian Toutant came away with the gold for Canada.

While it was fellow Canadian Mark McMorris who was favoured to win the gold, Toutant stole the show with two excellent jumps in his first two runs.

After picking up a score of 84.75 on his first jump, the 25-year-old nicknamed Seb Toots did even better on his second jump, pulling off a back 1620 to put himself in a great position that proved to be unbeatable.

With only the best two out of three runs counting for each rider’s final score, Toutant was virtually locked in for the podium after his second run, but decided to go all-out in his third and final run.

#CAN‘s @SebToots almost had a 3rd big run; goes yard at the very end for a JNS. Can he hang on to the gold? #PyeongChang2018 #Olympics #Snowboard

He was unable to stick the landing on that one, but it didn’t matter as his score of 174.5 was good enough to win him the first-ever gold medal in men’s snowboard big air.

American Kyle Mack finished with a score of 168.75 to take silver while Great Britain’s Billy Morgan scored 168.0 to take home the bronze.z

Fellow Canadians McMorris and Max Parrot both finished in the top ten. McMorris and Parrot picked up bronze and silver medals respectively earlier in the Olympics in the men’s slopestyle event.

Toutant’s gold medal is his first-ever Olympic medal, which pushes Canada’s total medal count to 28 with two days remaining in these Games.