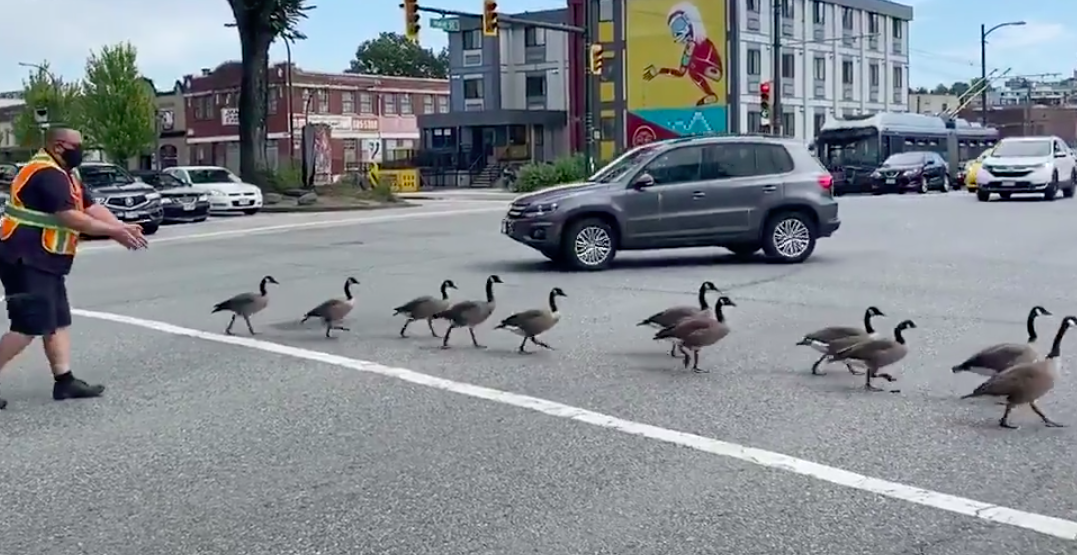 It’s no secret that traffic can be busy in Vancouver, but a different kind of traffic delay took place at an intersection in the city on Monday, and it was all captured on video.

This particular traffic jam was composed solely of Canada geese and happened at the intersection of Main and Terminal, according to Twitter user Matthew Bond.

He added that it was a TransLink driver who helped to lead the geese out of the intersection as cars began making their way around the incident.

Sure enough, the driver can be seen in the video clapping his hands and yelling at the geese to shoo them out of the way.

Canada 🇨🇦 geese at Main and Terminal DGAF. Thanks to the @TransLink driver who steered them clear of the intersection. pic.twitter.com/AyfZSvXNoa