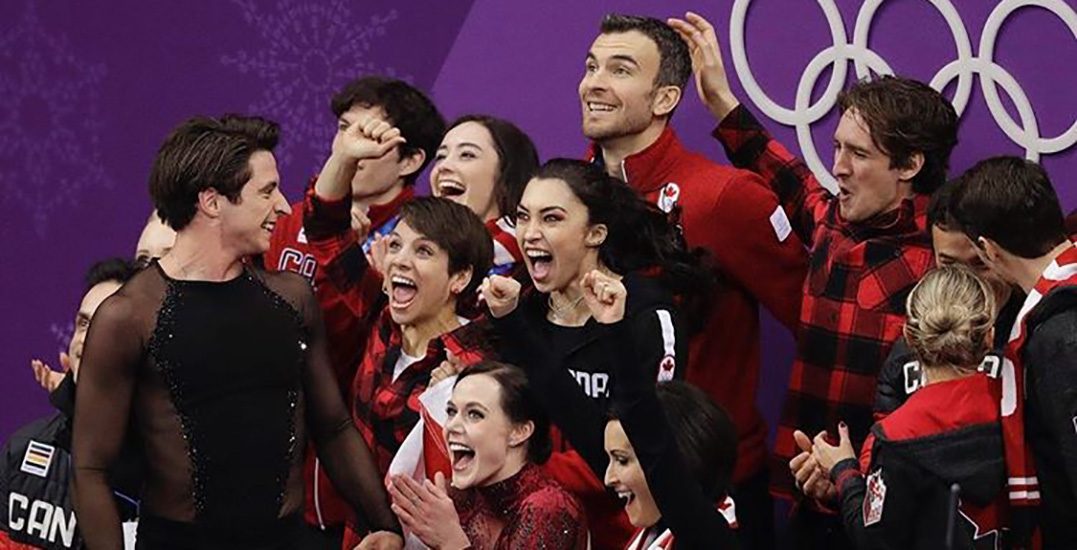 No matter how you spin it, and no matter how intense the competition might be, our Canadian athletes have represented our country with flying colours. Not only in terms of their performance, but with the sportsmanship that they’ve brought to the Olympic games thus far.

Even through being one of the leading countries thus far in medal count, they still remain the friendly and welcoming athletes that Canada is known for.

Several days ago, American athlete Mirai Nagasu became the first female American figure skater to successfully complete a triple axel at the Olympics – the third woman to complete it in Olympic history.

The accomplishment was nothing short of remarkable and allowed the United States to win bronze in the team figure skating competition – an event that saw Canada handily take first.

Yet even with the stellar combined effort from Meagan Duhamel, Eric Radford, Patrick Chan, Kaetlyn Osmond, Gabrielle Daleman, Tessa Virtue, and Scott Moir, they were still ecstatic to watch the Nagasu’s display of skill – and were incredibly vocal about it – with the entire world taking notice.

Not a lot can top @Mirai_Nagasu being the 1st American woman to land a triple Axel at the #Olympics but can we just appreciate @mhjd_85 & the rest of #TeamCanada‘s reaction during the slow-mo? That is what the spirit of the #OlympicGames is all about. So proud to be #Canadian! pic.twitter.com/MAZeWRWiJV

Canada cheering @mirai_nagasu as she becomes to first US woman to land a triple axel at the Olympics is just the epitome of being Canadian #Olympics 🇨🇦❤ pic.twitter.com/Rgq9GluZBf

Watching Team Canada erupt into applause when American skater Mirai Nagasu became only the third woman to land a triple axel at the #Olympics almost made me tear up. pic.twitter.com/VKBg7Tnmkh

In either victory or defeat, it’s always a heart-warming sight to see the sportsmanship that our country prides ourselves on.