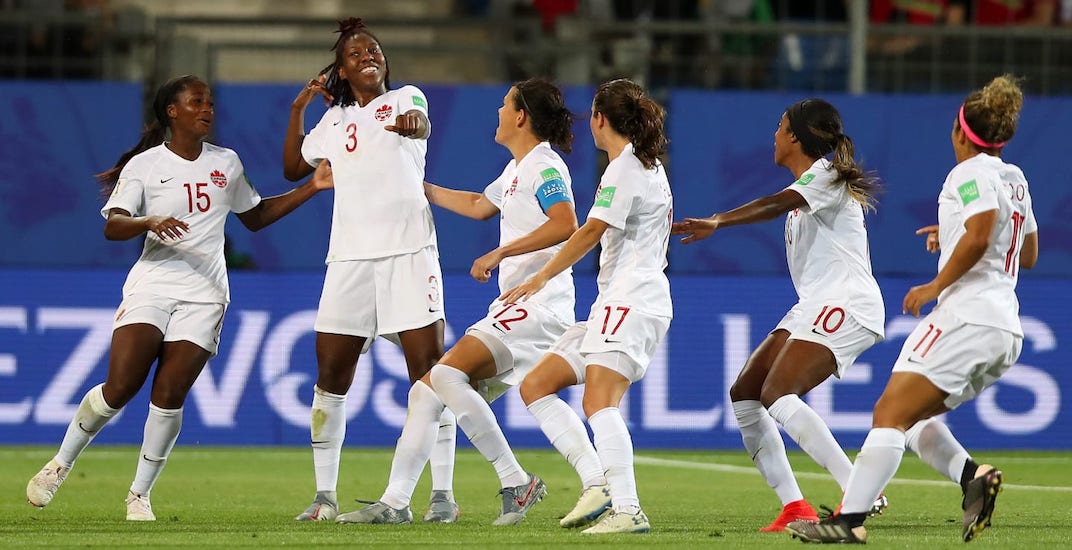 The final score may have been a little closer than most would have expected, but Canada is off on the right foot at the FIFA Women’s World Cup in France.

Canada scored a 1-0 win over 46th-ranked Cameroon in their tournament-opener in Montpellier on Monday.

Despite the close score-line, Canada dominated the match, carrying 65% of possession and outshooting Cameroon 16-5.

The only goal for the fifth-ranked Canadians came from fullback Kadeisha Buchanan, who headed home a Janine Beckie corner just before halftime. Buchanan was named the Player of the Match following the game.

Naturally, the Toronto native gave a basketball celebration – presumably in honour of the Raptors.

Much of the talk entering the match was about Christine Sinclair, who is chasing history. Sinclair didn’t score on Monday, though she did come close in the 88th minute.

#CAN with a great opportunity to double its lead, but they are denied.#FIFAWWC pic.twitter.com/eUsYScEHLb

The tests will only get more difficult from here, as Canada’s next game is against world No. 19 New Zealand on Saturday (12 pm PT / 3 pm ET on TSN).