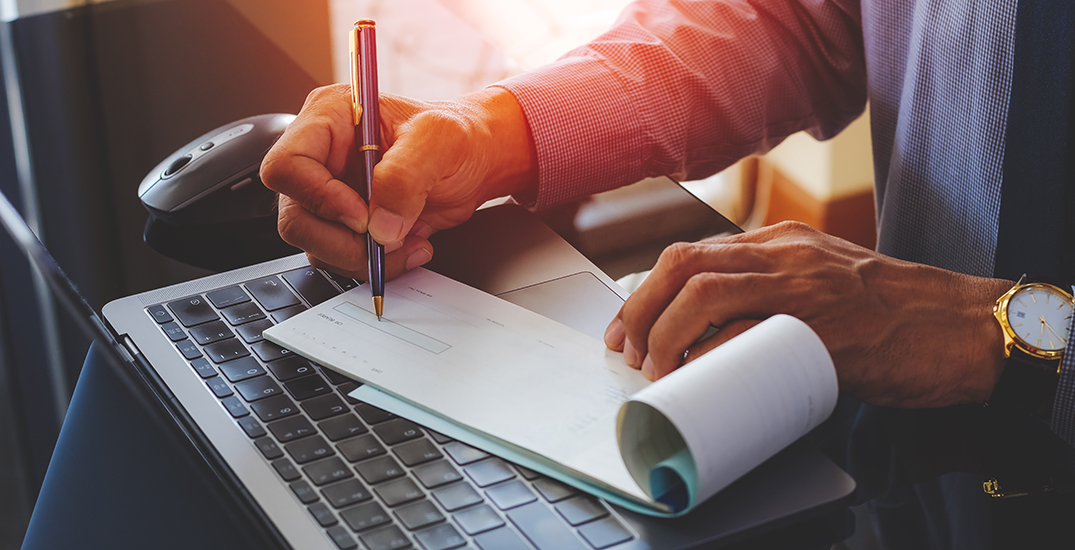 Announced in March, The subsidy covers 75% of employee wages for qualifying businesses. Businesses need to prove their revenue in March 2020 is at least 30% lower than it was in March 2019 to be eligible.

“This money is for workers,” Trudeau said at a press conference Wednesday, adding there will be “severe” penalties for businesses who try to pocket the subsidy instead of passing it on to their employees.

The government also wants businesses to do everything in their power to top up employees’ wages to their full amount, since Ottawa will be paying the first three quarters of workers’ salaries.

How much money will businesses receive?

The subsidy covers 75% of an employee’s wage up to a maximum of $874 per week. In other words, the benefit maxes out when an employees’ salary hits $58,700 per year. Businesses won’t get any more subsidy money for employees who are paid more than that.

We know that businesses want to support their employees during this difficult time. We will be there to help. The new Canada Emergency Wage Subsidy would cover 75% of employee wages – up to $847 per employee, per week. 1/2 pic.twitter.com/dPNpJnvZYj

What businesses are eligible?

The CEWS will be in place for at least 12 weeks, from March 15 to June 6, 2020. Businesses must show their revenue has dropped 30% in each month that it’s in effect to qualify. The government has provided a table of how it works:

The benefit encompasses both large and small businesses. Sole proprietorships, non-profits, and large companies are all eligible.

The only exceptions are public sector entities such as schools, universities, hospitals, and crown corporations.

The government says it is working with the non-profit industry to ensure the definition of revenue is appropriate.

Employers can apply for the CEWS through their My Business Account profile on the Canada Revenue Agency’s website.

How does this interact with other pandemic benefits?

The federal government also announced a 10% wage subsidy on March 18. Businesses that qualify for both would see their CEWS amount reduced to account for what they already received through the 10% wage subsidy.

Employers are not able to claim the CEWS during a period that an employee is also eligible for the Canada Emergency Response Benefit. Employers who are not eligible for the CEWS can still put employees on a leave of absence so the workers can receive up to $2,000 through the CERB.