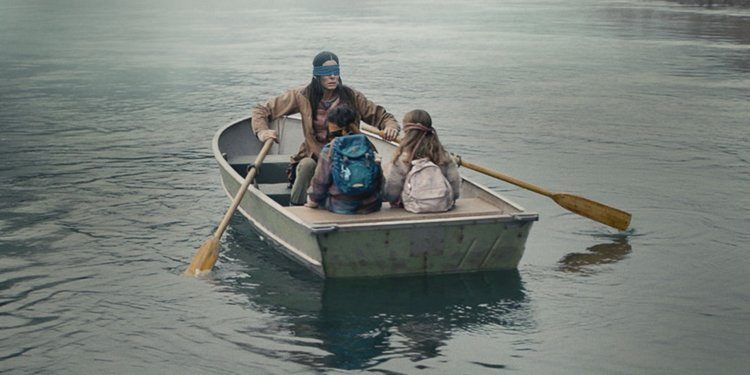 Canada’s members of parliament have unanimously agreed that Netflix should compensate the town of Lac-Mégantic after using real footage of the 2013 rail disaster in their film, Bird Box.

The film uses footage from the 2013 tragedy in the Quebec town of Lac-Mégantic. On July 6, 2013, an unattended train carrying oil rolled off the tracks and exploded into a ball of fire, killing 47 people.

Netflix licensed the disaster footage from Pond 5, a stock image vendor, and used it in Bird Box as a TV news montage, showing catastrophic incidents from around the world in the fictitious film.

During the TV montage, Sandra Bullock’s character looks on as a clip of the real-life fiery train appears on the screen momentarily.

Members of Parliament demanded that Netflix remove all the images from the tragedy, a plea that has also been put forth by Quebec’s culture minister Nathalie Roy and Lac-Mégantic Mayor Julie Morin.

Netflix has apologized, saying it was unaware of the source of the stock footage and they will avoid using it in any future productions. The streaming service said that they cannot make changes to finished content, which was released late in 2018.

The company has yet to respond to Canada’s demands to pay compensation to the community of La-Mégantic for using the rail disaster footage for entertainment purposes.