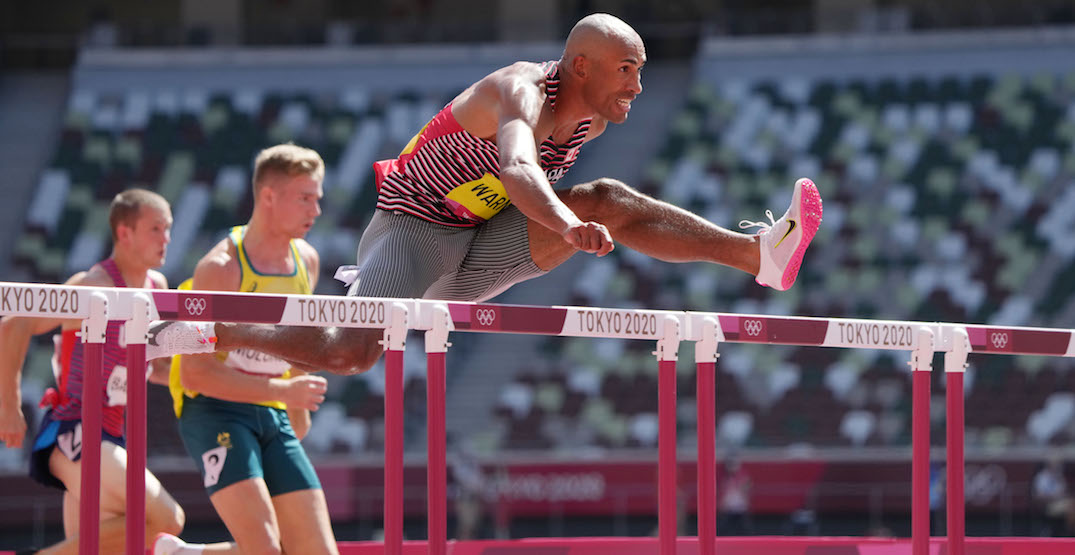 Damian Warner is the man to beat for gold in decathlon, as the Canadian extended his lead at the Tokyo Olympics.

A bronze medallist in this event at the 2016 Summer Olympics, the London, Ontario native looks poised for gold this time around. Warner extended his lead in the 10-event competition, after an Olympic decathlon-best time of 13.46 seconds in the 110-metre hurdles.

Warner’s time was the fastest ever recorded by a decathlete at the Olympic Games in the 110-metre hurdles, and just 0.1 seconds slower than the decathlon world record.

The impressive time follows up Warner setting a world decathlon best time of 10.12 seconds in the 100 metres, as well as an Olympic decathlon best distance (8.24 metres) in long jump yesterday.

The 31-year-old has a commanding lead with 5767 points, ahead of Australian Ashley Moloney (5605 points) and fellow Canadian Pierce LePage (5454). Warner sits in first place after six events, with the discus throw, pole vault, javelin throw, and 1,500-metre race still to come Thursday in Tokyo.