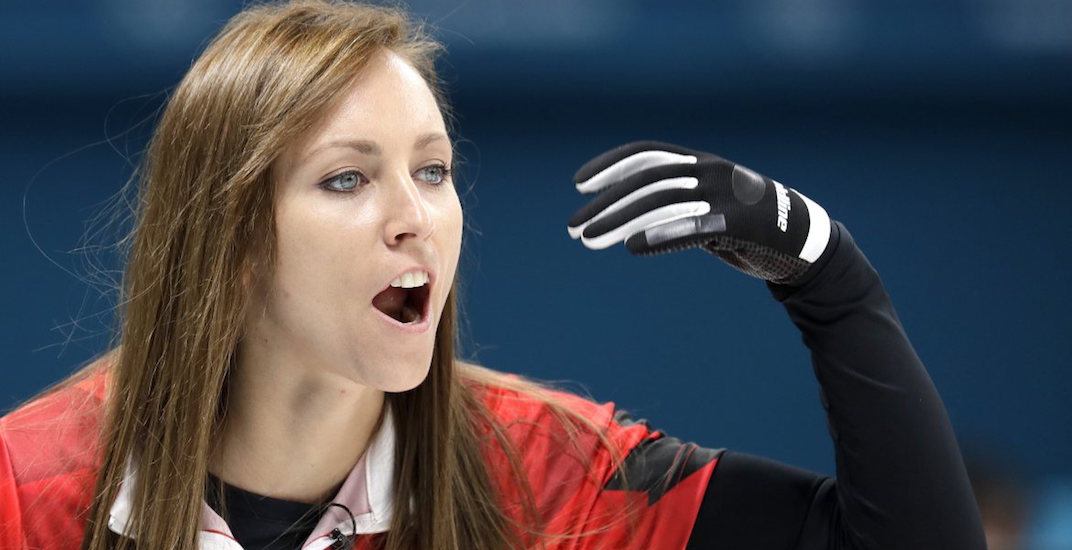 It’s been a disastrous start for Rachel Homan and the Canadian women’s curling team.

Competing in a sport that Canada usually dominates, Homan’s rink is in big trouble with a 0-3 record.

Canada lost 8-6 to South Korea in their opener, gifting their opponents three points with this questionable shot by Homan in the ninth end:

🇰🇷Korea steals 3 as 🇨🇦Canada misses their last rock in end 9 of the women’s curling pic.twitter.com/7YZWbAu9RM

In their second game, they lost 7-6 to Sweden.

Canada’s last game was their worst yet. Not only did they lose 9-8 to Denmark, choking on the final shot of the game that would have given them the win, they were criticized for poor etiquette.

With the score 4-2 for Denmark in the fifth end, a Danish sweeper burned (tapped) her own rock while it was still in motion.

Curling rules dictate that Canada has the option of removing the stone, moving it to where it would have traveled to, or removing it altogether.

Homan chose to remove it.

“It doesn’t look good on her.”

Rachel Homan pulls a burned rock at the #Olympics.
Do you agree with this decision?https://t.co/EKK4aVigHB pic.twitter.com/byum5zU1IV

While the move was within the rules, it’s not within the etiquette of the sport because the subtle tap didn’t affect the play.

“I think that was a rash move to take it off,” said Joan McCusker on the CBC broadcast. “They should have left it in play.”

Canada ended up scoring four points in the end, a huge turning point in the game. After the match, Danish skip Madeleine Dupont didn’t hide her feelings about the decision.

“I was thinking I’m pretty sure karma will hit you at one point” Denmark skip Dupont says to me about Homan taking burned rock out of play. #cbccurl @CBCOlympics

“Canada was playing afraid to lose. They’re the favourites and were terrified to go 0-3” #cbccurl @CBCOlympics

On the 5th end burnt rock scenario when Rachel Homan removed the Danish rock-Rachel says she was within the rules. Denmark says they were shocked 🇨🇦removed the 🥌and thought it was bad sportsmanship.

Canada sits last out of 10 countries through the first two days of the round robin, with six games to play. They’ll need to finish in the top-four to qualify for the semi-finals, which required a 5-4 record four years ago in Sochi. Homan’s team likely needs to go 5-1 or 6-0 the rest of the way to have a shot at a medal.

Should they fail to reach the semis, it would mark the first time Canada has not won a medal in a curling event (women’s, men’s, or mixed doubles) since it was reintroduced to the Olympic program in 1998.