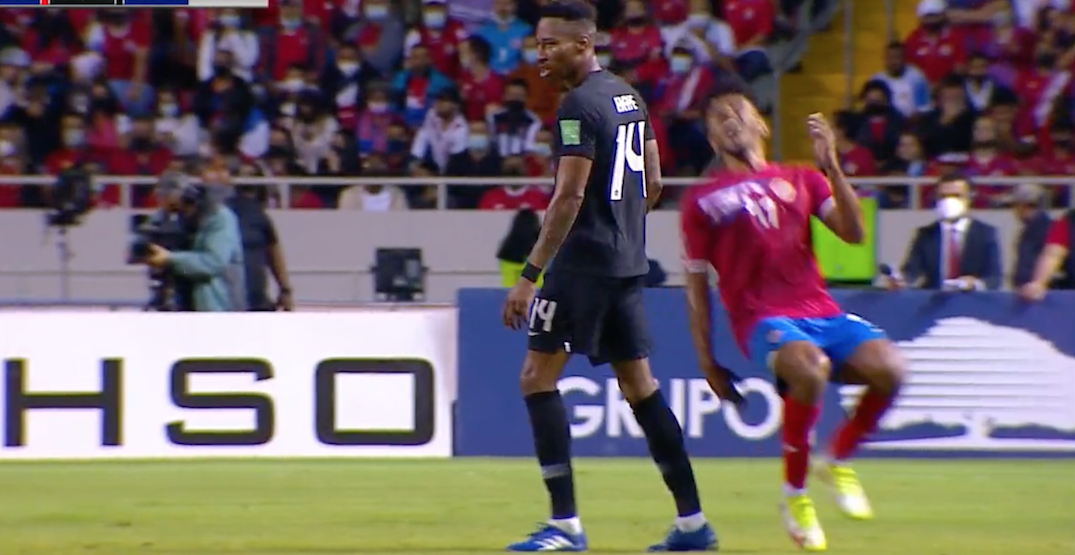 The Canadians played most of the match shorthanded, after a second yellow card was handed out to Mark-Anthony Kaye.

Kaye bumped Johan Venegas, and the Costa Rican went down like he was shot. It was a ridiculous and obvious dive, but the referee fell for it.

Kaye should have known better than to put himself in that position in the first place, but it should still be said that Venegas’ theatrics helped Costa Rica win the match. The ejection was the turning point in the match, with Costa Rica scoring its goal while Canada was down to 10 men.

It’s the type of embellishment that turns off casual soccer fans, though it’s not exactly a favourite part of the sport for diehards either.

Needless to say, Canadians weren’t pleased, with many comparing it to pro wrestling.

He was on thin ice with a borderline red earlier, Kaye should of known better

Soccer and or football if u prefer should start calling embellishment way more. It gives this sport such a horrible rep.

This is what’s wrong with the sport and frustrates me to no end. I enjoy soccer but not this.

They should have a panel of refs that review penalties after the game. If a player has obviously dived a hefty fine should be levied. This would deter the blatant diving. Hit the players in the pocketbooks bc that’s what they care most about.

Though they’re disappointed not to book their ticket to Qatar, the Canadian men are still likely to make their first trip to the World Cup since 1986. They’re still in first place, and will qualify with a win or a draw Sunday against Jamaica in Toronto.