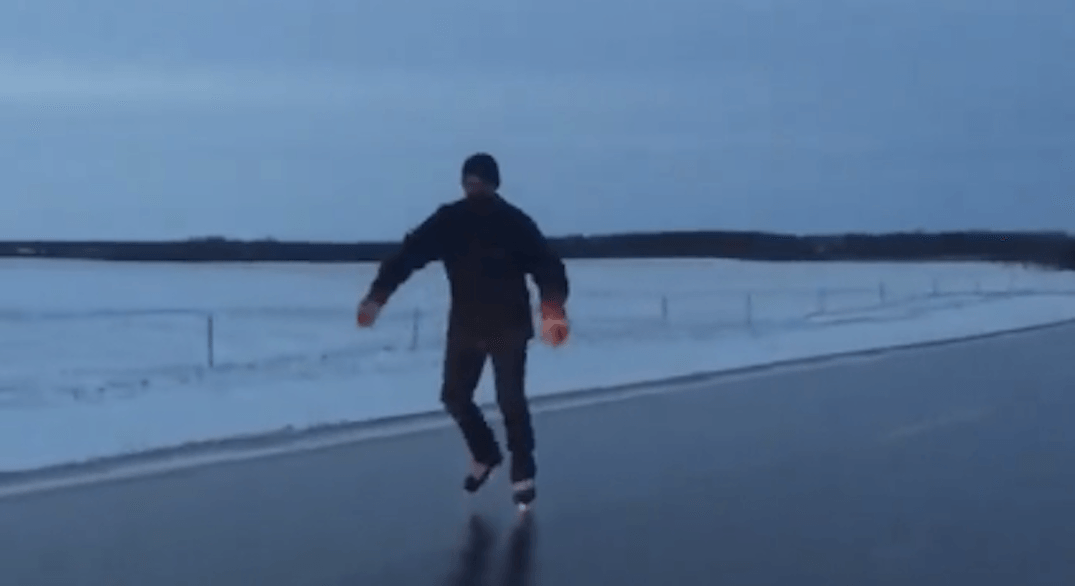 It’s winter, and parts of Canada have been experiencing some harsh weather. But the cold isn’t holding back Canadians from having fun.

A few days ago, a Manitoba couple were driving on an icy Highway 482 when they did the most Canadian thing ever. They pulled over and put on their skates.

Kristyn Dawn shared the – now viral – video of Wade Eftoda skating down the highway, which is located near the Saskatchewan and Manitoba border.

The road was so icy, that Eftoda is seen gliding with ease down.

Just a few weeks ago, over the holidays, a BC videographer shot his friend ice skating down a street in Kelowna. While it’s not a highway, it also looked pretty slippery.

So when driving in the winter in Canada, be sure to have your ice skates in the car. You never know when you’ll need them.