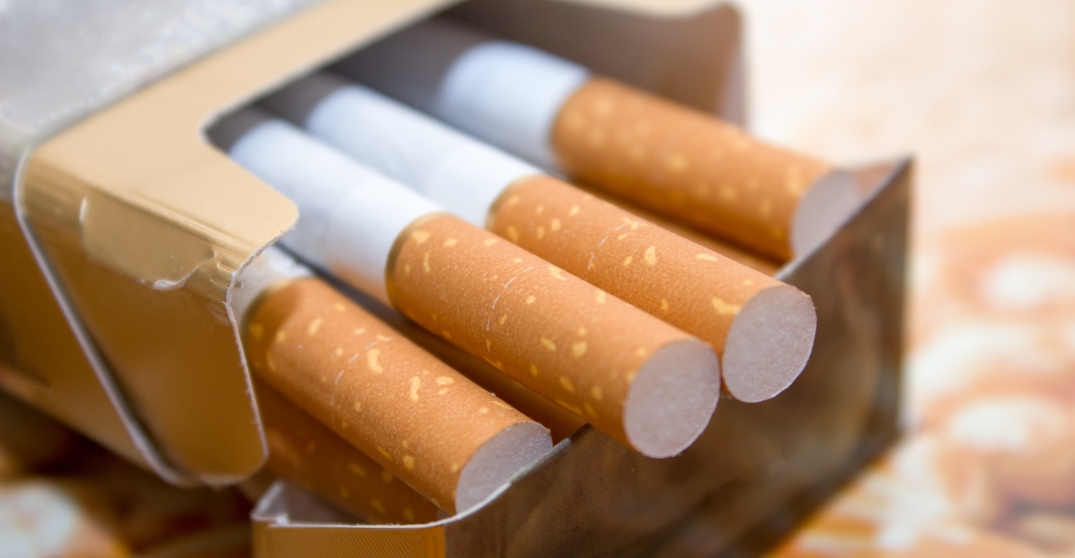 Canada is on track to become the first country in the world to require a warning label on individual cigarettes.

On Friday, Addictions Minister Carolyn Bennett made the announcement, saying the initiative is geared mostly toward young people who often share cigarettes and don’t see their packaging.

Bennett also announced that cigarette companies will have to include a longer list of the side effects of smoking.

A 75-day consultation period about the new rule is expected to begin over the weekend.

In the year 2000, the Canadian Government required photo warnings on the sides of cigarette packages — which haven’t been updated in almost 10 years.

We applaud new measures to strengthen tobacco product regulations including precedent-setting health warnings on individual cigarettes.
Canada continues to be a global leader of the pack in tobacco control: https://t.co/9Ob9OmtzsU.@Carolyn_Bennett @jyduclos pic.twitter.com/GbD8lx9BGa

In response, the Heart & Stroke Foundation commended Health Canada’s “bold move” to introduce a warning on each cigarette — a world first.

“Health Canada is also introducing revised and updated health warnings on cigarette packages as well as other elements,” says the foundation’s press release. “These are key components of the federal control tobacco strategy, introduced in May 2018, which commits to driving down tobacco use to 5% of the population in Canada by 2035.”

Doug Roth, the CEO of Heart & Stroke says the new initiative will give Canada “the strongest health warning regime for cigarettes in the world.” He says the measures will help further reduce the “deadly appeal” to youth and non-smokers as well as “support current smokers in their efforts to quit.”

Roth says the new mandate is both “innovative and strategic” and says messages on individual cigarettes could be “highly effective in dissuading use and increasing quit attempts, especially among young adults — one of the hardest to reach groups in Canada.”

The foundation says nearly 48,000 people die every year from tobacco use and half of all long-term smokers will die prematurely as a result of tobacco use.