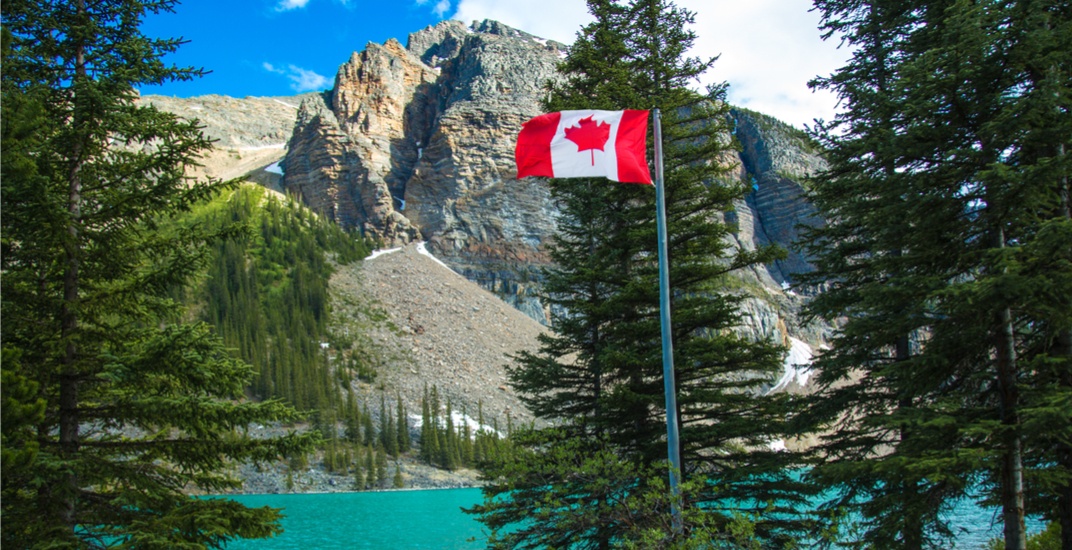 As a country, Canada has topped many lists this year.

From being the top country in terms of quality of living to being second most beautiful country in the world, the list continues to grow.

And a recently released report by Brand Finance puts Canada back on the global charts.

Nation Brand, which is the annual report on the world’s most valuable nation brands, looks at the effect of a country’s national image on its local brands. According to Brand Finance CEO David Haigh, “In a global marketplace, it is one of the most important assets of any state, encouraging inward investment, adding value to exports, and attracting tourists and skilled migrants.”

The Brand Finance Nation Brands report provides a comprehensive report on the world’s leading nation brands and the impact that a country’s reputation and image has on governments, investors, and consumers.

Brand Canada’s ranking improved this year compared to last year. Taking the 7th spot on the global scale, the Canadian brand increased in value by 14% since 2016. The country is listed to have a brand value of $2,056 billion and a rating of AAA-, which is considered “exceptional” on the list.

According to the report, Brand Finance measures the strength and value of the nation brands of 100 leading countries “using a method based on the royalty relief mechanism employed to value the world’s largest companies.” It puts thousands of the world’s biggest brands to the test every year, evaluating which are the most powerful and most valuable. 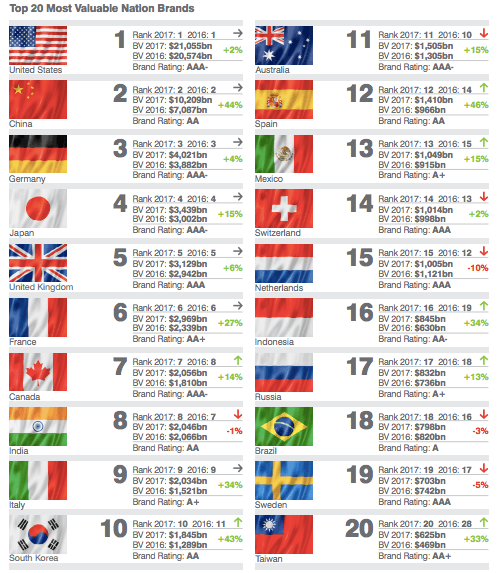