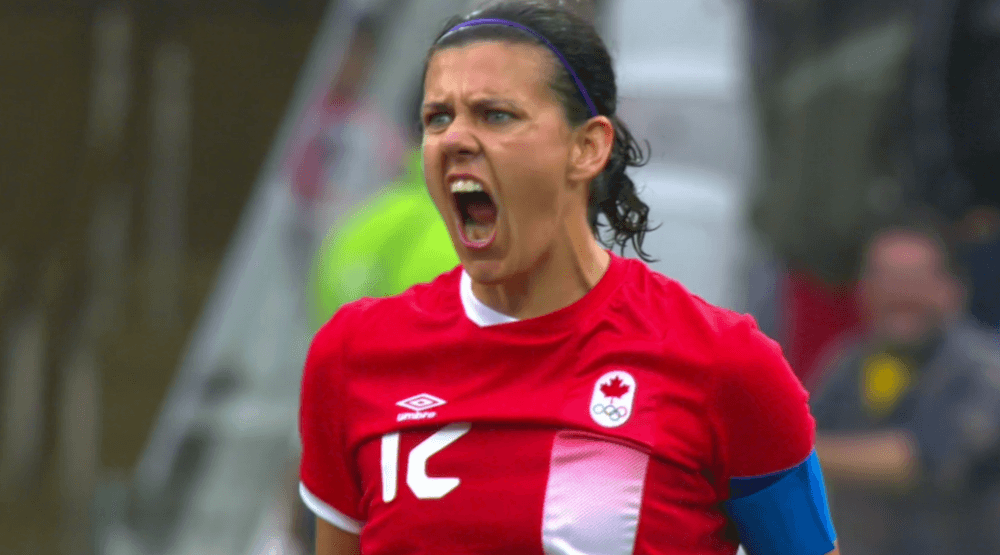 Canada has won their first game at the Rio 2016 Olympics in women’s soccer, defeating Australia 2-0 in a wildly entertaining game.

While the Opening Ceremony doesn’t take place until Friday, women’s soccer began today, and men’s soccer opens tomorrow. Also unique to the soccer tournament is that games are scattered around the country, with this game taking place in Sao Paulo.

Canada got off to a great start, in fact, the greatest start in Olympic history. Just 20 seconds into the match, Janine Beckie converted a pass from Christine Sinclair to make it 1-0. The goal set an Olympic record.

“It was a dream start,” said Sinclair. “I don’t think we could have drawn it up better for us. I am super proud of our team – the fight we showed and the spirit. It was a huge win for us.”

Just when it looked like Canada’s experience would carry the day, the game took a turn when defender Shelina Zadorsky pulled down an Australian player and received a straight red card in the 18th minute.

From there, Australia took the game over, pressuring Canada for the remainder of the half. Canada bent, but did not break, and got to half-time at 1-0.

Canada was under pressure in the second half, too. Playing down a player, the Canadians held on.

Stephanie Labbe, playing for the injured Erin McLeod, was strong in her first-ever game in the Olympics. Australia directed 22 shots at the Canadian net, putting 12 on goal.

Canada had a chance to put the game away in the 73rd minute when they were awarded a fortunate penalty off a hand-ball in the box. The call was suspect, and it looked as though the Canadians had received a gift.

In a puzzling move, Janine Beckie, the 21-year-old standout was chosen instead of Christine Sinclair to take the shot. The penalty was not taken well, and it gave Australia a second chance.

#CanWNT Janine Beckie can’t convert on a penalty. #CAN still up 1-0 on #AUS https://t.co/KNxa7uLbSN

You have to wonder about the thought process to not select Sinclair, despite how good Beckie had been leading up to the tournament. So much about converting on penalties is mental, and you would think that Sinclair’s track record would speak for itself.

Lucky for Canada, the decision not to let Sinclair shoot did not come back to bite them.

Sinclair eventually put the game away in the 78th minute, scoring to make it 2-0, and inching closer to Abby Wambach’s all-time goals record.

#CanWNT Christine Sinclair gives #CAN a 2-0 lead late in the 2nd half over #AUS https://t.co/xkphpsEzcm https://t.co/MoyQM3wPYu

For Canada – bronze medallists in London – this game was of vital importance. Grouped with Australia, Germany, and Zimbabwe, this game was arguably the most important of the group stage.

Canada will play next against Zimbabwe on Saturday at 11 am PT (2 pm ET).