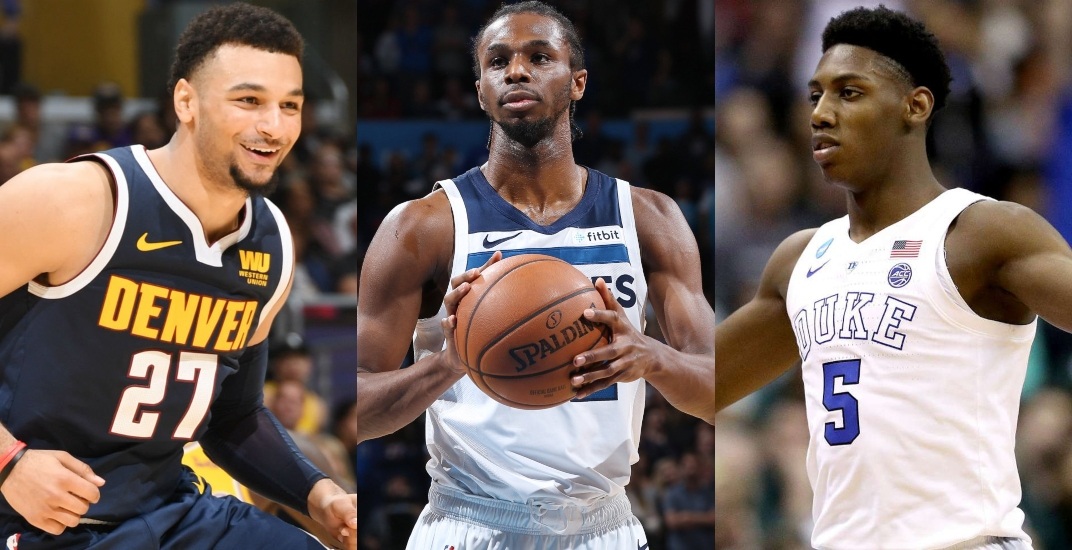 Fresh off the Toronto Raptors becoming the first Canadian team to win an NBA championship, another basketball team that calls Canada home has a chance to make history this summer.

The 2019 FIBA World Cup is taking place in China August 31 to September 15 this year, and for the first time ever, Canada’s entry could look very promising.

Twelve different countries have medalled at this global tournament, which debuted in 1950. Canada isn’t one of them.

But with Raptors head coach Nick Nurse leading the way, the team is in strong position to recruit top Canadian talent for the tournament.

In short, if Canada’s best players accept their invitations, this will be far and away the best team our country has ever put on a basketball floor.

And yes, they could earn a medal.

Wiggins could come back

Andrew Wiggins, who averaged 18.1 points per game with the Minnesota Timberwolves last season, is reportedly interested in playing for Canada again. Declining an invitation to play for the national team last year, Wiggins hasn’t put on the red and white since a reported rift with former head coach Jay Triano materialized at the 2015 FIBA Americas Championship.

Wiggins was benched during a pivotal game against Venezuela – a game they needed to win to secure a berth into the 2016 Olympics, but lost.

With Triano out and Nurse in, Wiggins seems interested again.

Rowan Barrett, the GM of Canada's national men's basketball team, tells me Andrew Wiggins has committed to play for Team Canada this summer at the World Cup in China. Huge boost to help the chances at qualifying for next summer's Tokyo Olympics.

But with a squad full of NBA talent, Canada wouldn’t be merely a one-man team. Far from it, in fact.

Denver Nuggets point guard Jamal Murray has established himself as a star player, leading his team to one of the best records in the NBA last season while averaging 18.2 points per game.

Imagine this as a starting five:

With these players coming off the bench:

In addition to Wiggins and Murray, Canada could roll out 6-foot-6 guard Shai Gilgeous-Alexander, who scored 10.8 points per game in his rookie season. Canada could also boast a pair of veteran big men, in Tristan Thompson, who averaged a double-double last season, and Miami Heat 7-footer Kelly Olynyk.

The team could boast a few 2019 first-round draft picks, including New York Knicks No. 3 overall pick RJ Barrett. I’ve included No. 21 overall draft pick Brandon Clarke of the Memphis Grizzlies, and could have also added No. 17 pick Nickeil Alexander-Walker too.

This potential roster also excludes NBA players Nik Stauskas (5.9 PPG, Cleveland) and Naz Mitrou-Long (1.1 PPG, Utah) to give you an idea about our country’s unprecedented depth of talent.

Olympic berth on the line

Seven of 32 teams competing at the World Cup will qualify for the Tokyo 2020 Olympics, with Canada needing to finish first or second in the Americas zone to earn a direct berth.

Canada will compete in a very difficult group to start, which some are calling the ‘group of death’ with games against Australia, Lithuania, and Senegal. They’ll need to finish top-two to move on to the second round.

It all begins for Canada on September 1, against Australia in Dongguan. They play three times in five days, with Lithuania (September 3) and Senegal (September 5) also on their schedule.

Canada hasn’t qualified for the Olympics in men’s basketball since Sydney 2000, when Steve Nash led the way. Nash, along with Todd MacCulloch, were the only two NBA players on that roster.

Our country has only qualified for the men’s Olympic basketball tournament twice since 1956, and hasn’t medalled since winning silver at the sport’s debut at the 1936 Games.