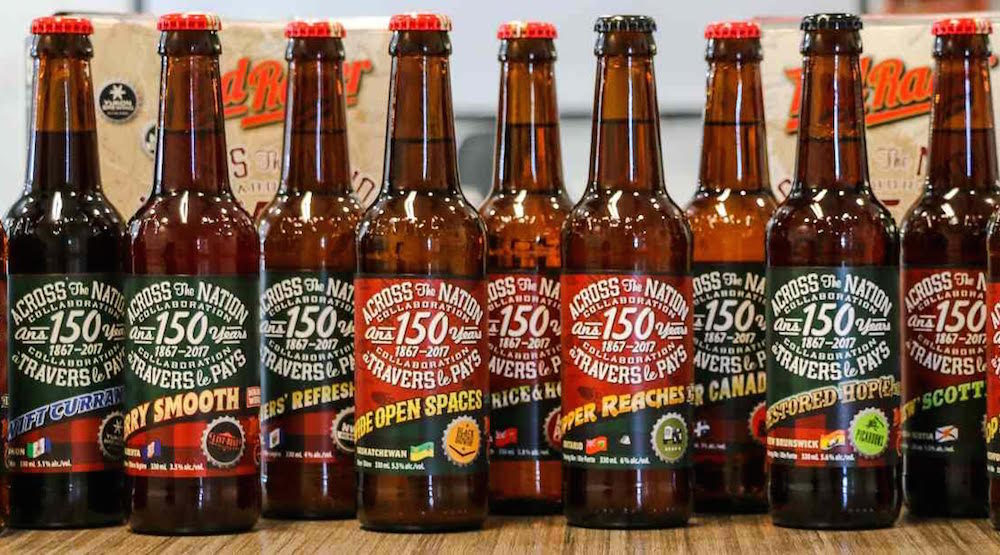 Canada has been gearing up to celebrate its milestone 150th birthday this year, and to get our tastebuds primed for the unique flavours of craft beers from across the nation, BC’s Central City Brewers + Distillers have spearheaded a one-of-a-kind 12-pack featuring special brews from every province and territory.

Called the Red Racer Across the Nation Collaboration 12-pack, this once every century-and-a-half kind of release contains a special beer from a brewer in each province that was created just for the occasion, and brewed at Central City’s Surrey, BC facilities.

What’s even more rare, perhaps, is that this pack will be for sale across the country at select liquor stores, which offers beer lovers the opportunity to try brews from other provinces they may not often have access to.

Named for one of Central City’s signature family of brews, Red Racer, and featuring the dozen 330mL bottles, the Red Racer Across the Nation Collaboration 12-pack will hit shelves in early May, and some provinces will have unique East or West 6-packs for sale.

Special tasting events will also happen in every province, including in BC, Alberta, Ontario, and Quebec.

Here’s what you’ll find in every 12-pack: