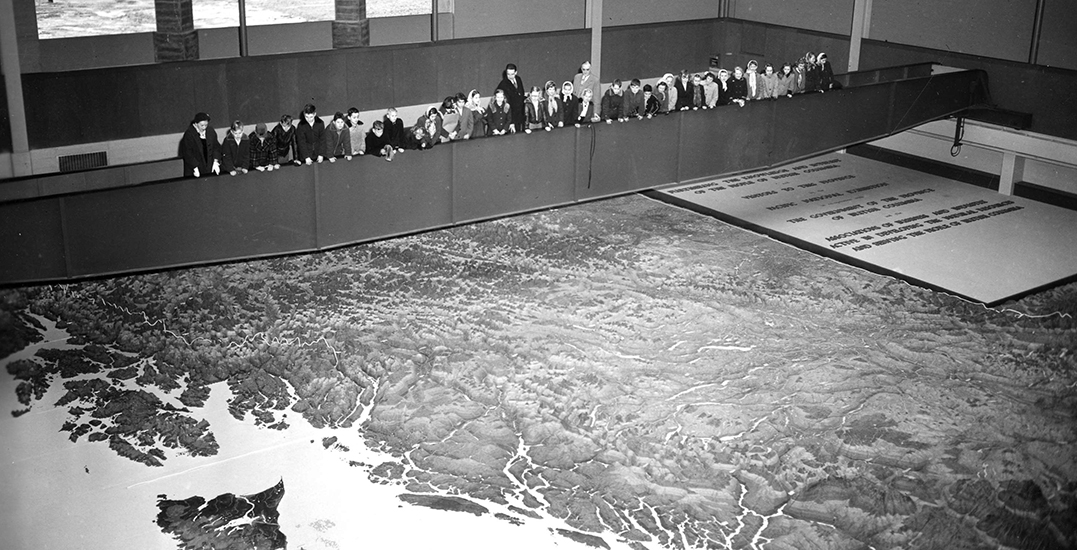 People gathered to see the Challenger Map of BC (challengermap.ca)

The Pacific National Exhibition (PNE) and the family of the late George Challenger have launched a campaign to bring a remarkable piece of British Columbia’s history back to its former home.

The two parties are fundraising and preparing to restore and relocate the Challenger Relief Map of British Columbia. Built by the late George Challenger and his family, it’s an 80-by-76-foot topographic map of the province.

Constructed by Challenger and his family from 1947 to 1954, it’s made of almost a million pieces of jig-sawed, layered, and hand-painted Douglas Fir plywood. It features all of BC’s mountains, lakes, rivers, and valleys in exact scale. 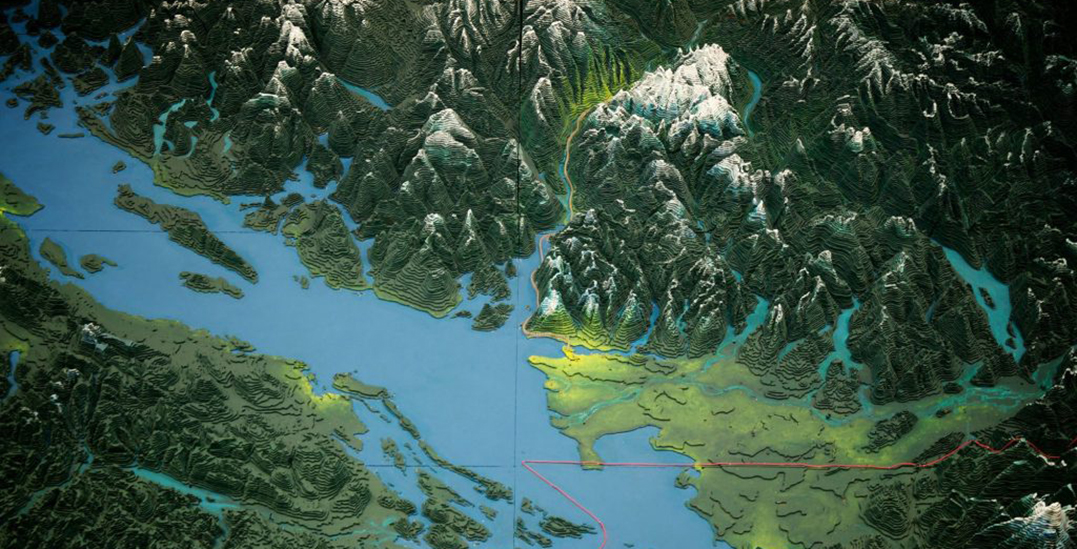 After being completed, it spent over 40 years (1954-1957) at the British Columbia Pavillion at the PNE, during which it was viewed by millions of visitors. The map spans over 6,000-sq-ft, which is nearly the size of two tennis courts. And according to the Guinness Book of Records, the Challenger Map is also the largest map of its kind in the world.

“It’s one of the most iconic pieces of heritage in the province and has the potential to become a tool which we educate a new generation of British Columbians about this wonderful place in which we live,” reads a website launched to promote the new initiative.

The BC Pavillion was demolished in 1997 for what would eventually become the Hastings Park Sanctuary. After demolition, the Challenger Relief Map was put into storage at an Air Canada hangar at the YVR Vancouver International Airport. Over a decade later, a portion of the map would be restored and was temporarily displayed at the Richmond RCMP detachment during the 2010 Olympic and Paralympic Games. 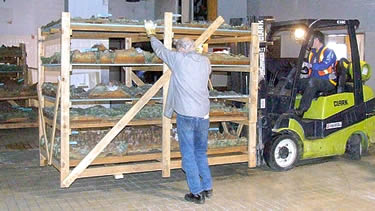 Sections of the Challenger Map being moved by a forklift (challengermap.ca).

The campaign, which officially launched on August 19, asks for the public’s help to raise funds and help bring the map back home. This would include assembling experts to restore the map by using digital technology. It would then be rehoused in the Livestock Building in Hastings Park.

“Our family is so excited that my grandfather’s Map will be returning to its rightful home at Hastings Park,” says Bill Challenger, President of the Challenger Relief Map Foundation and son and grandson of the Map’s creators in a statement.

“We believe the Map is an incredible asset to the people of British Columbia and we’re grateful that it will be on display once again.”

The entire map consists of 196 sections. A small portion of the map will be on display at this year’s PNE Fair, with a goal of having the Challenger map in its entirety displayed during the 2022 PNE Fair.