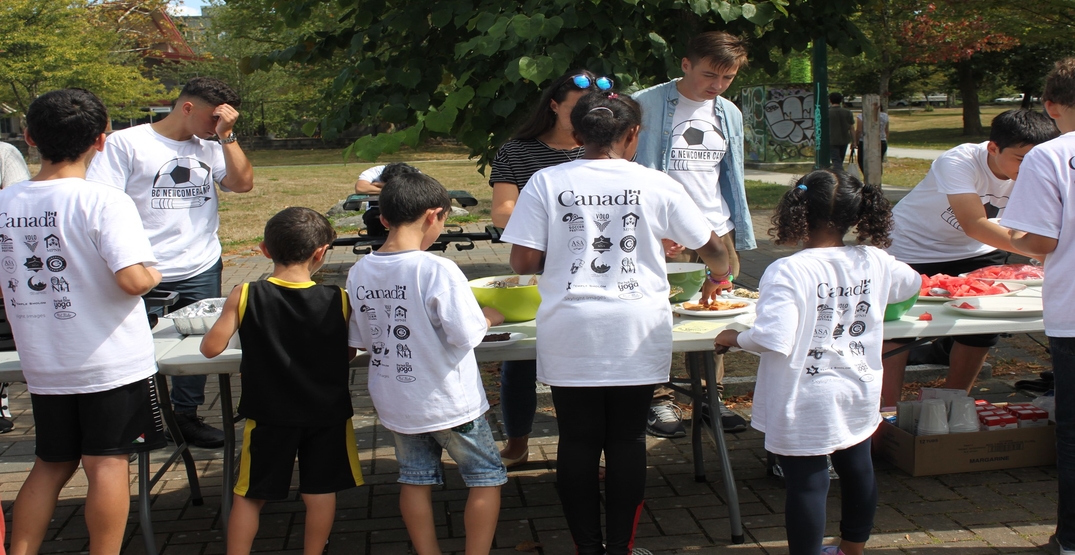 BC Newcomer Camp, a free-of-charge summer camp for newly immigrated refugee children, is seeking donations from June 13 to 16 in the Greater Vancouver area as they transition online for the summer amidst the COVID-19 pandemic.

“Donations include lightly-used tablets and/or computers and financial support,” the camp said in a recent press release. “British Columbians in the Greater Vancouver area can put their second-hand devices outside their homes for socially-distanced curbside pickup by a BC Newcomer Camp staff member.”

BC Newcomer Camp, a Canadian charity that operates free summer day camps for recently arrived refugee children, teaches English language skills, sports, and playground games to help the children use appropriate tools and gain the confidence needed to thrive in their new home.

The instructors put particular emphasis on building friendships, community, teamwork, and confidence. They have staff members that are fluent in many languages including Arabic, Kurdish, and English, as well as members trained in specific sports and English language education.

Entering its fifth year in the Lower Mainland, BC Newcomer Camp is on a mission to continue offering support in a new environment.

“As we adapt to the new normal in BC our goal has not changed and we need British Columbians’ support as we transition to online camp,” said the co-founder of BC Newcomer Camp, Duncan Bernardo, in a press release.

BC Newcomer Camp plans to expand its reach to as many children as possible.

“In addition to supporting our efforts during this pandemic, device donations will provide us ample opportunity to reach children in remote areas in British Columbia in the years to come, allowing us to expand our impact across the province beyond 2020,” stated Executive Director Bahar Taheri.

To learn more about curb-side donations, go to their website. To provide financial support, go here.