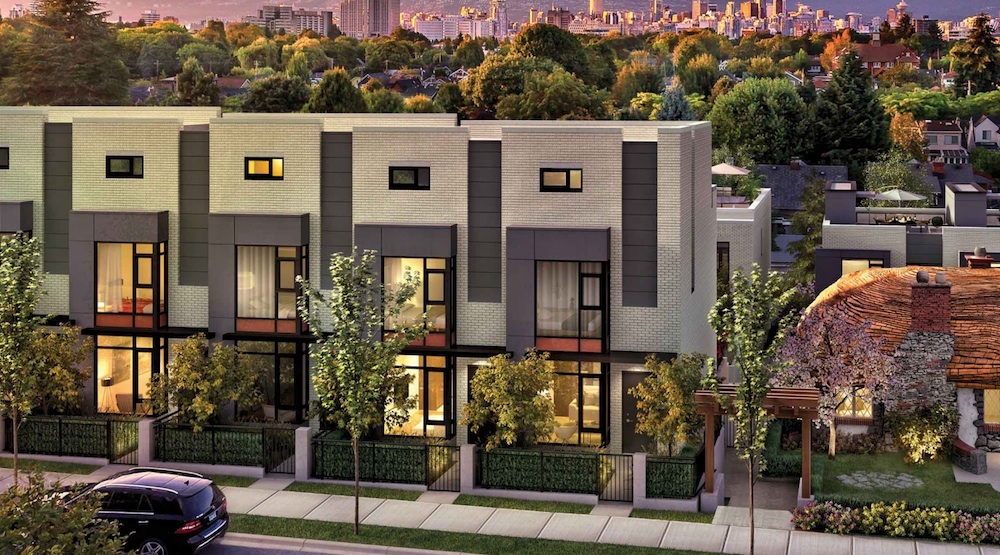 An entire neighbourhood near the geographical centre of the city could be rezoned into an area of townhouse developments.

The City of Vancouver’s draft plan for the Cambie Corridor’s third phase involves rezoning several hundred single family homes into townhouses in an area spanning from West 16th Avenue to the north, Ontario Street to the east, the Fraser River to the south, and Oak Street to the west.

The largest cluster of proposed townhouses is located around the King Edward Station while secondary clusters are next to West 49th Avenue and along much of Oak Street.

A few areas along arterial streets will be rezoned to four to six-storey low-rise residential, particularly the area on the southwest side of Queen Elizabeth Park and a three-block stretch of Cambie Village south of West 16th Avenue.

Bright yellow highlights the proposed rezoning from single-family residential to townhomes. Click on the map for an enlarged version. (City of Vancouver)

However, several large redevelopment sites defined as “major projects” such as the Oakridge Centre, Pearson Dogwood, and the former RCMP headquarters – now referred to as the “Heather Street Lands” – have their own separate planning processes.

The former Vancouver Transit Centre already has a new City-approved policy statement for its redevelopment.

An area outlined as “Oakridge Municipal Town Centre” revolving around Oakridge Centre is set to be the newest urban centre in the region, akin to the Brentwood and Metrotown areas. More details about this town centre will be released later this month.

The Corridor has already seen much redevelopment with the opening of the Canada Line seven years ago, but the proposed plan intends to not only foster more market-oriented development but also additional new rental and social housing stock through new incentives.

Additionally, the plan highlights the planned locations of two new Canada Line stations at West 33rd Avenue and West 57th Avenue. The southernmost new Vancouver station will be funded by local developer Onni Group as the Pearson Dogwood development is contingent on an additional station in the area to support the population growth.

Two other new stations are also planned for Capstan Way in Richmond, which is also funded by area developers, and Vancouver International Airport. 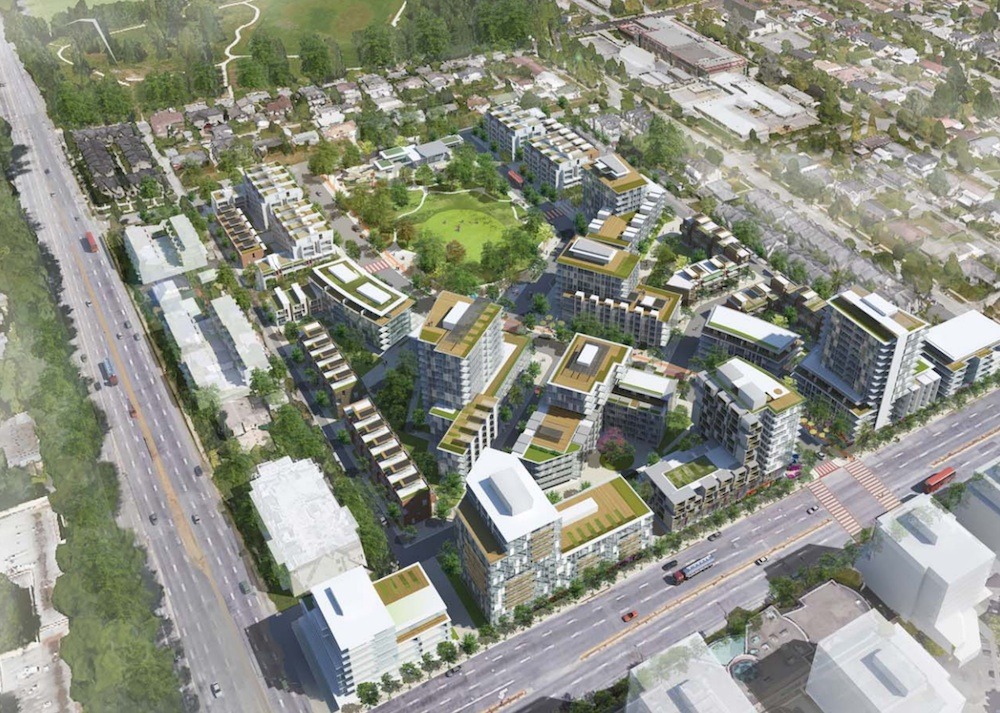 The City of Vancouver will hold two open houses for the latest phase of the Cambie Corridor Plan on Thursday, June 15 from 4 to 8 pm and Saturday, June 17 from 11 am to 5 pm at the Oakridge Centre Auditorium.