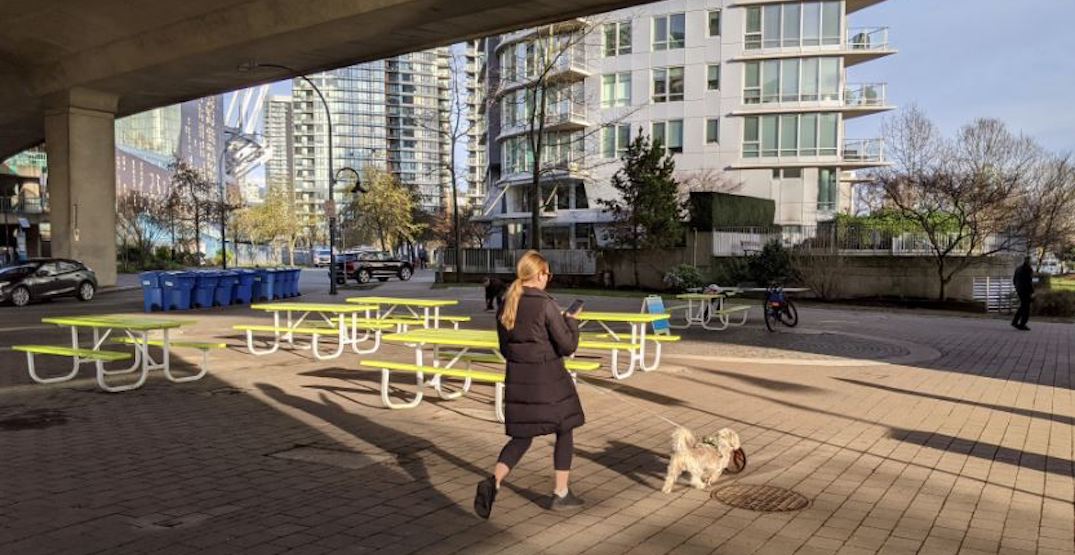 Working with nearby community organizations and local stakeholders, the City of Vancouver says it is testing new “rain-friendly” pop-up plazas under the Cambie Street Bridge and Burrard Street Bridge.

One location under the Cambie Street Bridge is immediately east of the Canada Line’s Olympic Village Station, between West 2nd Avenue and West 1st Avenue on the multi-use path. Another location is closer to the water, just outside the False Creek Neighbourhood Energy Utility at 1890 Spylass Place.

At the north end of the Cambie Street Bridge, there is another pop-up plaza north of Cooper’s Park. The Vancouver Park Board has future plans to provide this public space with a permanent themed design.

To the west, there is one pop-up plaza at the north end of the Burrard Street Bridge, just south of the seawall.

These new public spaces feature picnic tables and signage, and two of the four locations will also have ping pong tables.

In a city survey last year on pop-up plazas, the need for rain protection for public spaces during the wet seasons was amongst the most common requests for improvements to pop-up plazas. Using the spaces under the bridges is an “efficient, low-cost way to trial weather protected plazas.”

As a COVID-19 measure, in partnership with local business improvement associations, the city installed a number of temporary pop-up plazas across the city. Many of these locations are made possible by temporary road closures. 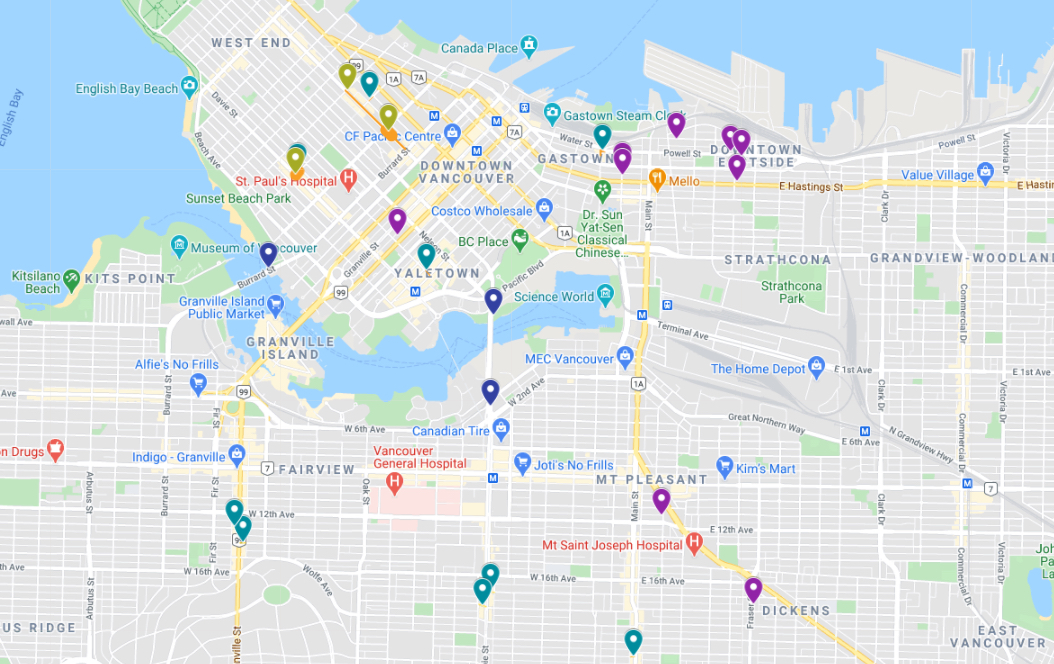 Map of pop-up plazas in Vancouver. (City of Vancouver)