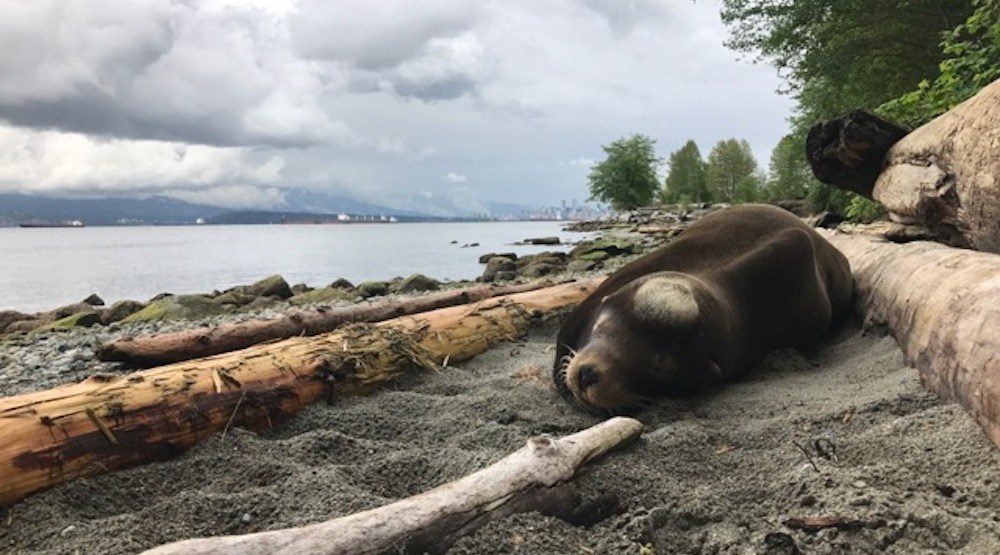 An emaciated and lethargic California sea lion was rescued by the Vancouver Aquarium Marine Mammal Rescue Centre on Friday afternoon after park goers discovered the animal.

The mammal was seen resting on the beach at the high tide line on the eastern end of the banks.

“It’s not uncommon for them to be in this area, although at this time of year they are starting to head south to their breeding grounds,” said Lindsaye Akhurst, manager of the Rescue Centre, in a statement.

“He wasn’t responsive to activity around him. A healthy animal wouldn’t remain for lengthy periods of time on a busy beach.”

The sea lion has an injured left eye, missing canine tooth, and several wounds. He was corralled into a kennel and transported to the rescue centre at the Port of Vancouver for examination and treatment.

Injured marine mammal sightings can be reported to the rescue centre at 604-258-7325, but Akhurst warns that people should stay back and keep away as sea lions are heavy, large wild animals and can be unpredictable.

California sea lions are known to breed off the coast of Southern California and the Baja peninsula in northwestern Mexico. Outside of the breeding season, many of the mammals, particularly those that are male, migrate north to the coast of BC. Their current population levels are considered healthy despite being hunted for thousands of years until measures were taken to protect the species in the 1970s.

The rescue centre says it has admitted 174 marine mammals for treatment over the past year. This includes elephant and harbour seals, sea otters, sea lions, sea turtles, harbour porpoises, false killer whales, dolphins, and other cetaceans. The majority of these mammals are released into the wild once deemed fit and healthy.