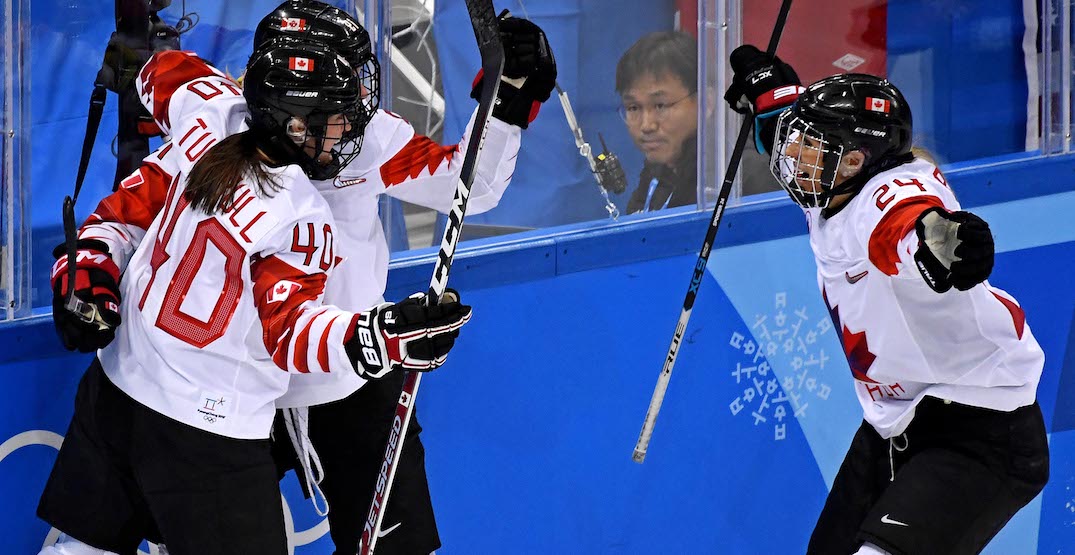 There will be a world champion crowned in women’s hockey this year after all.

Calgary has been announced as the new host city for the 2021 IIHF Women’s World Championship, which will now take place August 20-31.

The World Championships were supposed to take place in Halifax this April, but were unceremoniously cancelled by the Nova Scotia government days before the tournament was set to take place due to rising cases of COVID-19.

The news was devastating for players, with Team Canada forward Laura Stacey telling Daily Hive “it was like a big bomb dropped” when they heard the news.

Team USA star Kendall Coyne-Schofield was the most outspoken about the lack of a backup plan, calling it “simply unacceptable.”

“We’re seeking transparency and answers,” she said at the time. “The players, staff, countries and game deserve better.”

While playing hockey in August certainly isn’t ideal, having a tournament to play does qualify as good news at this point.

“Despite the unfortunate cancellation of the IIHF Women’s World Championship in April, Hockey Canada’s ongoing priority has been to host the event this year, and we have remained committed to running a world-class event in Canada,” said Scott Smith, president and chief operating officer with Hockey Canada.

“A tremendous amount of work and collaboration with Alberta Health and Alberta Health Services has taken place to ensure the event will be held in a safe and secure manner. We are grateful to the Province of Alberta, the City of Calgary, Tourism Calgary, WinSport and all our event partners for working together to provide the best women’s hockey players in the world an opportunity to compete for a gold medal.”

Ten teams will compete in the tournament, with all 31 games being played at WinSport Arena at Canada Olympic Park.

A number of health and safety protocols will be in place. Teams will immediately enter quarantine after arriving in Calgary on August 10.