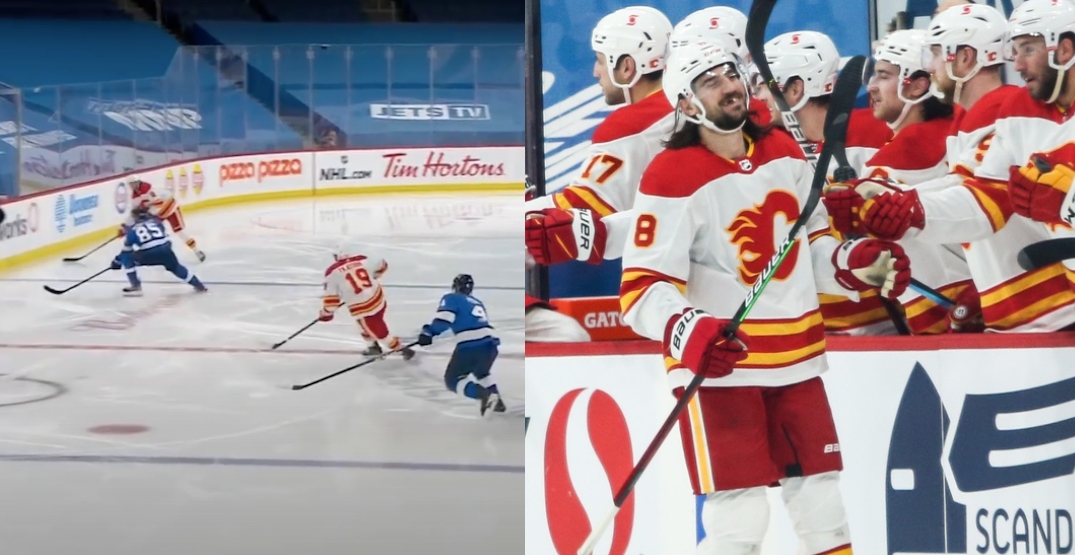 What a way to get your first goal with a new team.

The Calgary Flames were down 2-0 against the Winnipeg Jets and needed a jolt of offence.

The new Flames defenceman scored an unlikely goal during Monday’s 4-3 shootout win by the Flames, doing so from inside his own blue line.

As the referee dropped the puck to start the second period, the Flames won the faceoff back to Tanev. Tanev dumped it towards the Jets net and remarkably, it went in.

The puck appeared to bounced across the ice seemingly to handcuff Jets goalie Connor Hellebuyck.

Tanev’s goal was the second-fastest goal to start a period in Flames history, at just seven seconds.

This is not the only time he has scored a quick goal to start a period. Tanev had a series-winning goal in the playoffs last year to lift the Vancouver Canucks over the Minnesota Wild that only took 11 seconds.

The Flames next game is tonight against the Winnipeg Jets. Puck drop is at 6 pm MT.