Deep Cove’s got it all — from hiking to theatre performances–and it is ever-increasingly becoming a popular hang out hub for both locals and tourists.

But one thing missing, according to Deep Cove resident Jonathan Hayward, was the availability of a good cup of coffee after paddleboarding or hiking Quarry.

“I work [in] downtown [Vancouver] a lot, and you’ve got Revolver and Timbertrain, all these great coffee shops doing these amazing different things,” said Hayward. “We live in such an awesome area out here, but there’s nothing similar like that around.”

Hayward and his wife Lori Steeves took it upon themselves to bring Vancouver’s flourishing coffee scene to the Deep Cove Village, and opened Cafe Orso in late May.

The theme was inspired by Hayward’s love of bears. The couple first thought of going with the name Cafe Grizzly.

“But who would go there?” said Steeves, jokingly. 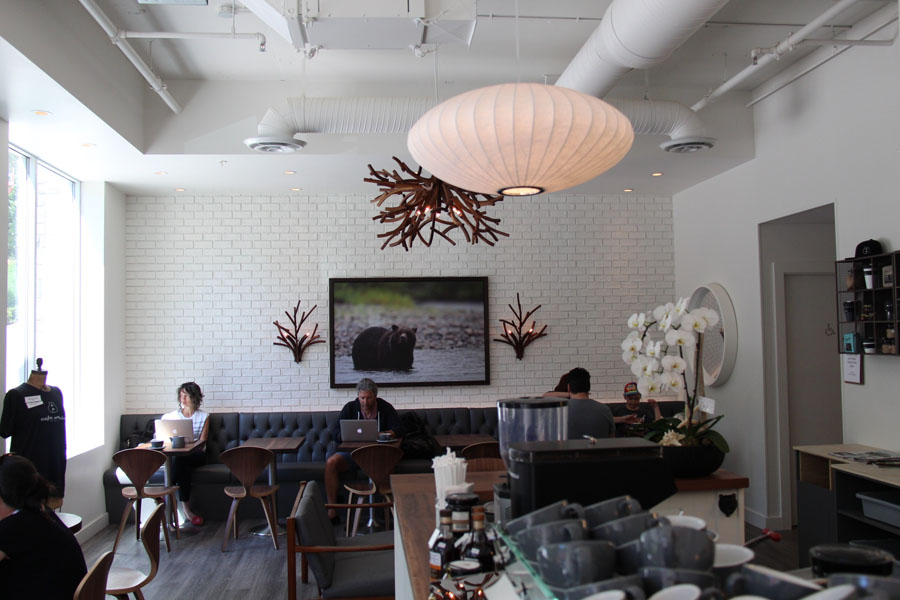 Cafe Orso’s name comes from the Italian word for bear, and its menu is European inspired.

The idea was to stick to simple ingredients, and source all products naturally. Its coffee comes from 49th Parallel, its meat from Two Rivers, its bread from Nelson the Seagull and its dried nuts from Ayoubs.

“Typically a coffee shop will have a panino and a muffin,” said Hayward. “I was set on not having either of those.”

When it comes to the menu items, Hayward wanted to get creative. Some popular selections include the cafe’s mouthwatering charcuteries, or their fluffy aromatic waffles. 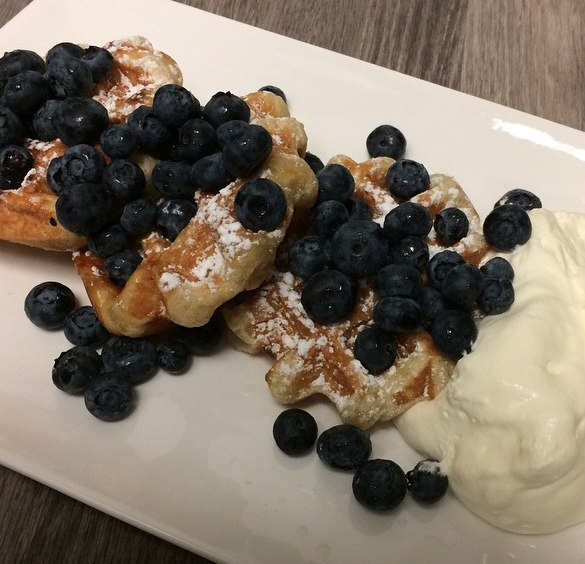 Locals have already come to know Cafe Orso and its treats very well, according the Hayward. The cafe has become a rendezvous for families and friends in Deep Cove’s friendly, tight-knit community.

“There’s one guy who walks his kayak every morning, and before heading down he runs in and grabs his cup of coffee,” says Hayward. “It’s awesome.”

From Thursdays to Saturdays, Cafe Orso stays open until 9 p.m., as one of the few businesses in the area that caters to the visitors at night.

Steeves, whose profession is mainly interior design, said when brainstorming for the cafe, she drew inspiration from the espresso machine. The Spirit Triplette machine, designed by Kees van der Westen, inspired the cafe’s 50s space-age look.

“I took the idea of the mid century feel of that machine, and certain things came of it, such as the light fixture,” said Steeves.

Cafe Orso is the latest addition to the Deep Cove Village’s row of charming businesses. 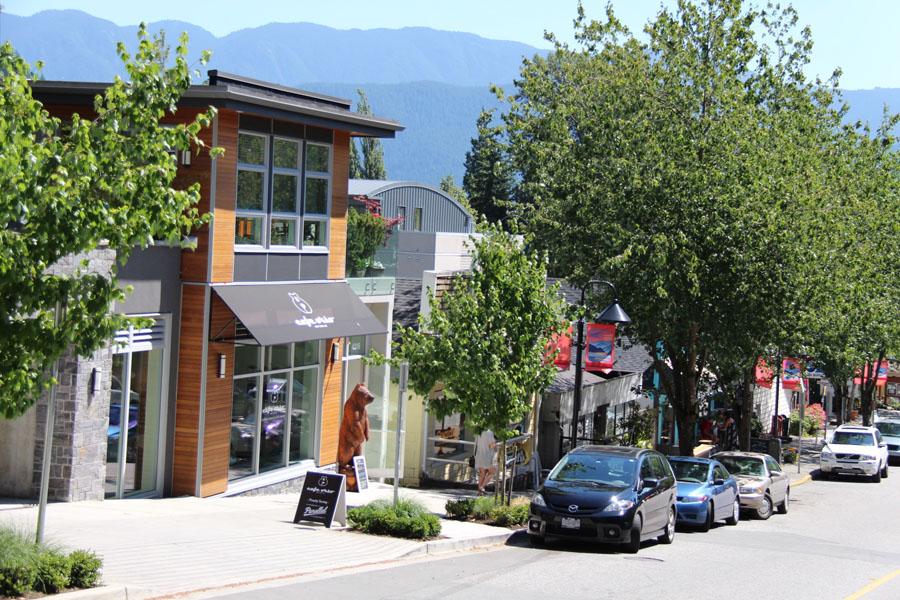